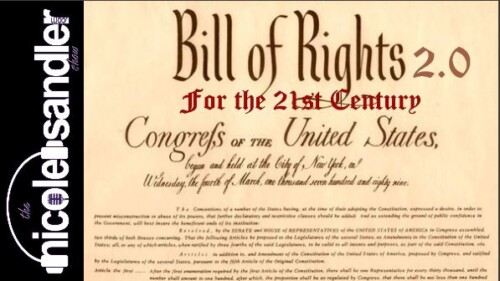 President Biden is still suffering from falling approval ratings. The surprising thing it that his numbers are low on the economy too. Record GDP growth, record low unemployment and a still raging stock market, but plummeting ratings? I wonder what that’s about (not really, I know exactly what — or who– is responsible.)

Today, Biden introduced his budget. The president’s budget never goes anywhere and usually doesn’t even merit much press coverage, but the media is all over Biden whenever an opportunity is presented. Back in 2016, Obama’s budget went down in the Senate 99-0. And even that wasn’t a big deal.

So today is a perfect day to talk with Harvey J. Kaye about a proposed Bill of Rights for the 21st Century. Yes, Bernie Sanders has been calling for such a thing. Harvey and Alan Minsky wrote up the idea for Common Dreams in an article titled “A Call for All Progressive Candidates and Officeholders to Embrace a 21st Century Economic Bill of Rights
Harvey joins in at the bottom of the hour.

But first, the slap and the gaffe heard around the world….