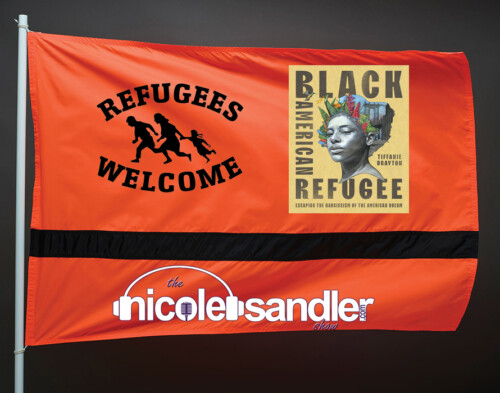 That we have a refugee crisis in this nation is not news. The dictionary definition of “refugee” is “a person who has been forced to leave their country in order to escape war, persecution, or natural disaster.” And we’ve seen the world’s refugee population grow by at least three million in the last three weeks, as Ukrainians are literally running for their lives.

Here in the US, Ukranians who somehow made it to the Mexico/US border have been turned away. Hopefully that will change soon, but I’m not confident.

The AP is reporting that finally, more than 6 months since we left Afghanistan, the US has just announced that those Afghan refugees who made their way here would be allowed to stay for at least 18 months under temporary protected status, a move that should help thousands who arrived since the withdrawal… But what about the other refugees who have valid reasons to ask for asylum? And what about the refugees fleeing horrific conditions in other parts of the world?

When we discuss refugees, we rarely consider those who have fled the US. Well, one of them is our guest today.

Tiffanie Drayton gives us a different perspective as she tells her story in her new book, Black American Refugee: Escaping the Narcissism of the American Dream.

I promised I’d embed the speech delivered to Congress today by Ukrainian President Volodymyr Zelensky, and the video he showed during the speech. So, first up is the video. Be forewarned, it’s graphic and awful and that’s exactly why you need to watch it. It’s followed by the entire speech.

Then to lighten the mood, “Say Say Gay” by Lauren Mayer, followed by today’s show…