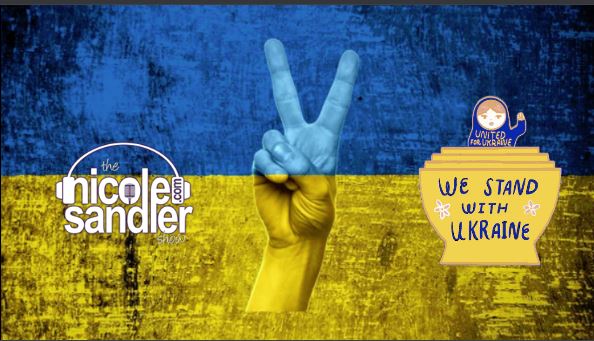 Russia invaded Ukraine last week, and nothing makes sense any more. There have been some bright spots in the midst of the horror. We’re seeing the strength of the Ukrainian people in fighting back in every way conceivable. I’ll share some of them with you.
Things over there are a mess, but the good news is that Putin’s having a tough time of it.
There’s other news too, and none of it is good.
My congressman, Ted Deutch, isn’t running for re-election. The UN released a new IPCC report (Intergovernmental Panel on Climate Change) and it’s apocalyptic. Kim Jong Un must be feeling neglected, so he shot off a ballistic missile on Sunday.
Russia’s not winning so easily, and many fear Putin will retaliate in an even worse way. Belarus is likely to begin sending in troops as soon as tomorrow. And he keeps threatening nukes!
And there’s more, but I’ll save it for the show.
We’ll have lots to talk about today on the show… very little of it any good. Ugh.

I did make another call to Ukraine. I spoke with Tatitana who owns the Friends Forever Hostel in Kyiv. We had a brief conversation, but we’ll be following up. She said she’s been underground for five days now, since the fighting began. I asked her what we could do to help. I hope to talk with her again tomorrow.

To embrace what’s still good in this world, I checked in on our friends The Marsh Family. They just released a new video today, specifically dedicated to the good people of Ukraine.

And I shared the latest video from Olga Reznikova, who’s been keeping us informed about her family’s situation as they’re now trying to get out of Ukraine. Find her YouTube channel here.