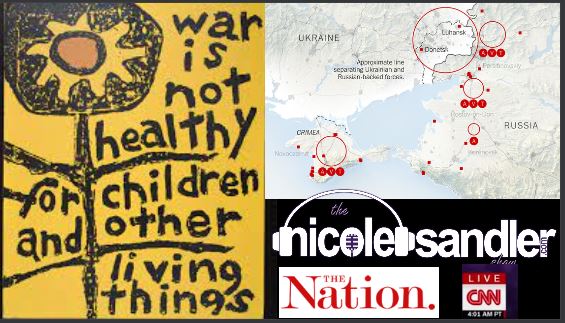 The Pentagon this morning announced its plans to send some 3000 troops to reinforce NATO allies in Eastern Europe as Russia has placed around 100,000 troops along the border of Ukraine.

Katrina vanden Heuvel, the publisher of The Nation, has been covering Russia for many years, and she warns in a Washington Post Op-Ed that the crisis is growing more dangerous and more absurd, and that war is unimaginable. She joins me for a conversation about the possibilities.

This on a day filled with breaking news, including the sudden resignation of Jeffrey Zucker from his head honcho position at CNN after the network’s investigation into Chris Cuomo turned up evidence of an inter-office relationship between Zucker and another executive there.

And the Washington football team announced its new name and go figure, they’re honoring a member of the Biden family. I’ll explain.