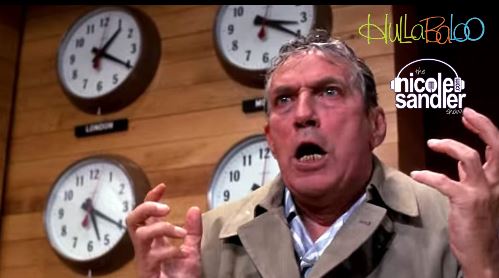 Despite the fact that Congress appears to be getting some work done, our government is broken, perhaps beyond repair. It’s not like we haven’t seen this coming. We’ve been watching the slow motion moved toward fascism for many years now. Red flags are being raised from almost every direction. This week, it was in the form of a terrifying article from Barton Gellman at The Atlantic who confirms our worst fears, January 6 was just practice. The coup is in full-swing.
We all know it but seem to be powerless to stop it.
My first instinct is to call Digby. So we will.
Heather “Digby” Parton is one of the original progressive bloggers from the early days of the netroots. Today, Digby’s Hullaballoo is at digbysblog.net, and she also writes a regular column for Salon.

Opinion: The media treats Biden as badly as — or worse than — Trump. Here’s proof.

A sampling of headlines atop the influential Politico Playbook newsletter over the past month:

Opinions to start the day, in your inbox. Sign up.

“Does the WH owe Larry Summers an apology?”

“The other big intra-Democratic fight.”

“No BIF bump for Biden.”

“The case for why Biden is screwed.”

Even the extraordinary news that jobless claims had dropped to the lowest level in 52 years came with a qualifier: “BUT, BUT, BUT…don’t expect [the numbers] to immediately change Americans’ negative perceptions of the economy.”

It isn’t just Politico. My impression of other outlets’ coverage of President Biden had been much the same: unrelentingly negative. Was it my imagination?

Artificial intelligence can now measure the negativity with precision. At my request, Forge.ai, a data analytics unit of the information company FiscalNote, combed through more than 200,000 articles — tens of millions of words — from 65 news websites (newspapers, network and cable news, political publications, news wires and more) to do a “sentiment analysis” of coverage. Using algorithms that give weight to certain adjectives based on their placement in the story, it rated the coverage Biden received in the first 11 months of 2021 and the coverage President Donald Trump got in the first 11 months of 2020.

The findings, painstakingly assembled by FiscalNote vice president Bill Frischling, confirmed my fear: My colleagues in the media are serving as accessories to the murder of democracy.

After a honeymoon of slightly positive coverage in the first three months of the year, Biden’s press for the past four months has been as bad as — and for a time worse than — the coverage Trump received for the same four months of 2020.

Think about that. In 2020, Trump presided over a worst-in-world pandemic response that caused hundreds of thousands of unnecessary deaths; held a superspreader event at the White House and got covid–19 himself; praised QAnon adherents; embraced violent white supremacists; waged a racist campaign against Black Lives Matter demonstrators; attempted to discredit mail-in voting; and refused to accept his defeat in a free and fair election, leading eventually to the violence of Jan. 6 and causing tens of millions to accept the “big lie,” the worst of more than 30,000 he told in office.

And yet Trump got press coverage as favorable as, or better than, Biden is getting today. Sure, Biden has had his troubles, with the delta variant, Afghanistan and inflation. But the economy is rebounding impressively, he has signed major legislation, and he has restored some measure of decency, calm and respect for democratic institutions.

We need a skeptical, independent press. But how about being partisans for democracy? The country is in an existential struggle between self-governance and an authoritarian alternative. And we in the news media, collectively, have given equal, if not slightly more favorable, treatment to the authoritarians.

Also noteworthy: Trump got roughly twice as much coverage in 2020 as Biden has received in 2021. And the coverage of Biden is noticeably more negative than the tone of news coverage overall. Predictably, Breitbart and the New York Post are among the most negative outlets, but even liberal ones such as HuffPost and Salon have been negative. (The Post was the closest to neutral, at 0.0006.)

How to explain why Biden would be treated more harshly than a president who actively subverted democracy? Perhaps journalists, pressured by Trump’s complaints about the press, pulled punches. Perhaps media outlets, after losing the readership and viewership Trump brought, think tough coverage will generate interest.

I suspect my peers across the media have fallen victim to our asymmetric politics. Biden governs under traditional norms, while Republicans run a shocking campaign to delegitimize him with one fabricated charge after another. This week, Republicans threatened a government shutdown to block Biden’s vaccine mandates, after a year of efforts to discourage vaccination. Yet, incredibly, they’re simultaneously blaming Biden for coronavirus deaths — deaths occurring almost entirely among the unvaccinated. “More people have died of covid under President Biden than did in all of 2020,” proclaimed Sen. John Barrasso (Wyo.), GOP conference chairman.

Too many journalists are caught in a mindless neutrality between democracy and its saboteurs, between fact and fiction. It’s time to take a stand.