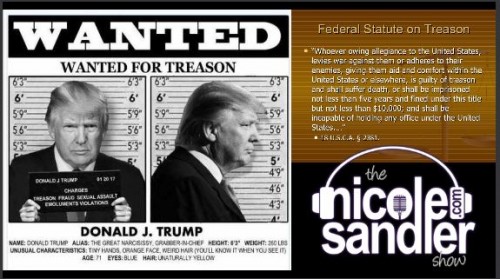 Donald Trump routinely throws around the “treason” accusation, always wrongly. But when viewing his actions since election day, I think the charge sticks to him! I know we’re not officially at war, but he is guilty of the crime of betraying his country, which is the definition of “treasonous”. Some are saying he’s guilty of sedition, rather than treason. I thought it was time to call in an expert. So I’m joined today by Carlton F.W. Larson. Larson is Professor of Law at US/Davis, where he teaches American Constitutional Law and legal history. He’s known as the preeminent experts on the subject of treason. In fact, his new book is called On Treason: A Citizen’s Guide to the Law. Professor Larson joins us at the beginning of the show.