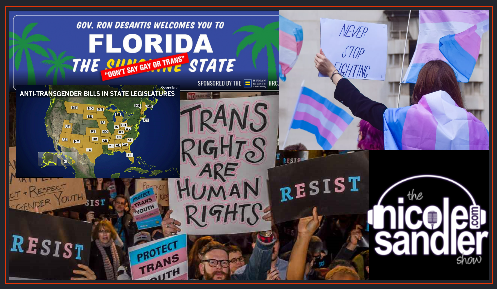 Sarah Posner is one of the best journalists today covering the religious right and their assault on our freedoms and liberty. Her latest book is Unholy: How White Christian Nationalists Powered the Trump Presidency and the Devastating Legacy they Left Behind. (Find her on Twitter and on Mastadon

I invited Sarah to join me on today’s show after reading a Twitter thread she wrote in response to a recent New York Times article that raised doubts about gender-affirming care (though, as she says, they don’t call it that).

<blockquote class=”twitter-tweet” data-partner=”tweetdeck”><p lang=”en” dir=”ltr”>I just read the New York Times piece raising doubts about gender-affirming care (although the article doesn&#39;t call it that). This graf shows just how unaware the writers and editors are of the political/religious movement behind the effort to deny trans people their rights: <a href=”https://t.co/PI3fInW7Pb”>pic.twitter.com/PI3fInW7Pb</a></p>&mdash; Sarah Posner (@sarahposner) <a href=”https://twitter.com/sarahposner/status/1592184460988006401?ref_src=twsrc%5Etfw”>November 14, 2022</a></blockquote>
<script async src=”https://platform.twitter.com/widgets.js” charset=”utf-8″></script>

This coordinated attack on Transgender people is coming directly from Republican governors and legislatures, with a big push by a perversion of Christianity that is unfortunately assaulting our sensibilities and vulnerable members of society. Yes, we have a lot to talk about today!