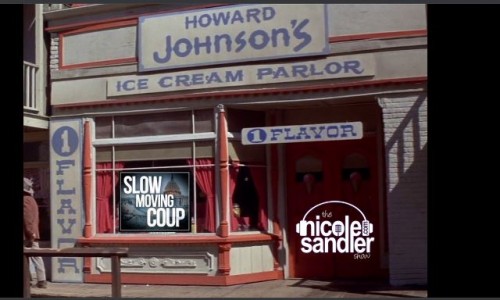 I really tried to unplug this weekend and remove myself from politics, news and the rest of the insanity that’s stressing me out during the week. I was somewhat successful, but big questions keep cutting through the calm.

I had stopped watching Bill Maher, as he finally completed his long-in-the-works jumping of the shark last week when he defended the vaccine and mask deniers. So I didn’t watch him Friday night. But his warning about what’s in store for us pierced my peaceful respite and made me listen, even if I didn’t want to.

But the warnings are there, shouted from the rooftops by Bill Maher and Medhi Hasan.

The problem is, the corporate mainstream media isn’t being honest. For some reason, they won’t tell you that the former guy has never stopped plotting and planning his coup. It’s in full swing. As Maher said, a slow-motion coup in effect.

With all that’s going on, I invited Dave Johnson back to the show today. Dave is an OG Progressive blogger. These days, he’s writing at seeingtheforest.com, trying to make some sense out of the ridiculous. Dave also writes about Modern Monetary Theory at WeCanHaveNiceThings.com. And he told us today about two other sites he’s also writing at: ImagineDemocracy.info and GovernmentCheese.info.

I shared another video today from Medhi Hasan. It was one of his 60 second rants. But in today’s, he tells us some of what’s in the Build Back Better bill, the one the corporate media describes as the “$3.5 trillion spending packing”. We must stop using the dollar amount (over 10 years we must add) to describe the bill. Too bad the Democrats suck at messaging.