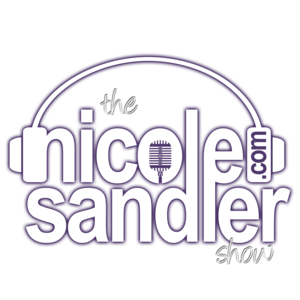 Tomorrow marks one year since Donald Trump was sworn in as president. Sunday is the anniversary of the massive Women’s March that happened all over the world to push back. This year, there are marches all weekend  – just click on the link and find one near you.

Here in South Florida, there’s an event on Sunday in the Wynwood section of Miami.

Friend of the show Julianna Forlano returned today to talk about the march in NYC which she’ll be covering live for act.tv, and a year with Trump in the White House…

Here’s Julianna’s article, 5 Good Reasons for Everyone to Attend a Woman’s March This Weekend:

On Saturday hundreds of thousands of women across the country will be marching to protect women’s rights, including the right to have access to abortion and reproductive health care.  As if that isn’t enough, here are 5 good reasons for every person who can to march this weekend:

Trump, Mitch McConnell and Paul Ryan want “huge across-the-board cuts in Medicaid and Medicare”. They also want to take away the Children’s Health Insurance Program. This is a direct attack on the poor, 70 percent of whom are women and children. It also hits seniors and senior women, many of whom marched and worked throughout their lives to win the rights and protections we have today. It is pay-it-forward time.

While Americans were opening holiday gifts, Trump ended Temporary Protected Status for 60,000 Haitians and 200,000 El Salvadorans. Feliz Navidad! Now he’s seeking to deport 800,000 young undocumented immigrants brought here as children and raised in the US, known as Dreamers, back to counties they have never known. He’s ok with splitting families, breaking hearts, and sending devastating reverberations throughout our culture and economy. No. Just…no.

Where do you start on this one?

lobbyists from all the major economic sectors that he regulates—and almost no meetings with environmental groups or consumer or public health advocates, according to a 320-page accounting of his daily schedule from February through May.

Who would have imagined that the word ‘unprecedented’ would become so overused in describing Trump’s presidency? I supposed we could have anticipated this from a president with zero prior experience in public office, next to zero commitment to constitutional rights, and a love of authoritarianism. He and his accolades have taken so many actions to undermine democracy that is it, well, unprecedented. A short list includes:

Students of history know these actions have lead to crises of democracies in other nations. So no pressure.

The recent November 2017 election was a historic night for women with minority and LGBTQ women, in particular, winning big victories in state and local races across the country. The #MeToo movement has brought much needed focus on sexual misconduct to the forefront of the cultural conversation.  Marchers remind the administration that humanity and progressivism are not going away.

So grab your own pussy (hat) and attend the rally and marches happening across the country. The official Women’s March website has a searchable directory of them by zip code.

If you can’t make it, act.tv will be streaming the New York City, Washington DC and LA marches. You can watch and comment LIVE beginning at approximately Noon EST on Facebook at: