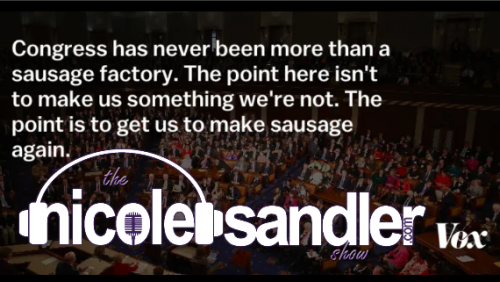 The media likes to refer to Congress’ attempts at legislating as “making the sausage”. But it’s actually a giant shit show. If you want to be disillusioned by government. But I thought I’d use the sausage making analogy because it’s sufficiently disgusting.

Zach Carter, whose book The Price of Peace: Money, Democracy and the Life of John Maynard Keynes is now available in paperback was today’s guest. In addition to his new newsletter that you should subscribe to, he had an op-ed published in the NY Times last week, “Why Are Moderates Trying to Blow Up Biden’s Centrist Economic Plan?”.

He obviously pushes a few of my buttons with that, beginning with using both “moderates” and “centrist” in the title! That’s where we begin as well…