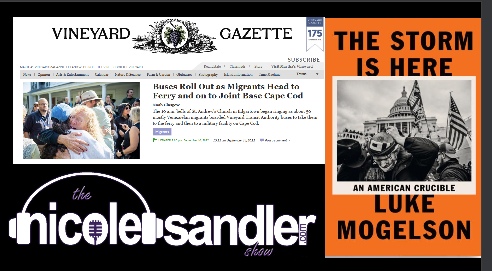 I taped the interview with today’s Luke Mogelson yesterday to air today, but I called an audible… so hold that thought, and we’ll hear from Luke Mogelson on Monday.

SO, we’ll start with the news that broke last night… the so-called judge (named by Trump with zero qualifications to a lifetime appointment in a federal court) who bent over backwards to do TFG’s bidding and ruled against the DOJ, keeping them from dealing with the reams of confidential documents stolen by Trump when he left the White House. To explain just what a travesty and perversion of justice this is, we’ll start the show with Lisa Graves, who served as a Deputy Assistant Attorney General in the Clinton and W Bush administrations….

Here are the two videos sent by listener Robert in Naples FL, who went to DC for Stephanie Miller’s Sexy Liberal Show last weekend, and recorded these videos in front of the National Archives!