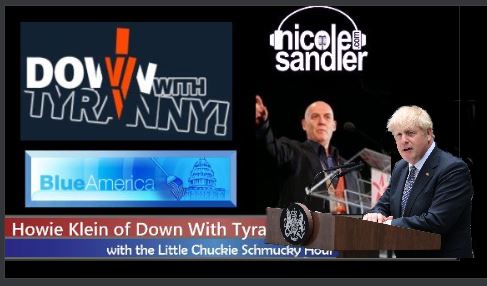 I’m back today after taking a much needed mental health/hang with the family day. That’s what hearing the stories about the innocent people who were killed on the 4th of July, doing something to celebrate this country. I fear there’s not much about this country worth celebrating any more. And the events that unfolded Monday morning in Highland Park, IL. The two year-old toddler who lost both of his parents as his father was killed shielding his tiny body with his own. Or the children who lost their mother, a teacher at Robb Elementary School in Uvalde, Texas, and then became orphaned when their father died after his broken heart gave out the day after his wife was murdered. I thought I needed a day off just to hang out with my daughter, so I did.

Today is Thursday, so Howie Klein is here. And we’re not lacking in news… like Boris Johnson’s resignation!