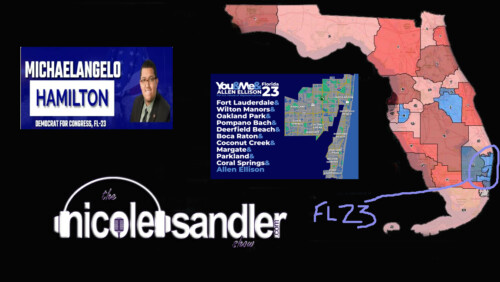 I’m still living in Florida, now in the 23rd Congressional District after the so-called governor’s redistricting maps went into effect. My current congressman Ted Deutch is not running for re-election, so it’s an open seat.

There are six Democrats running for the nomination in the Aug 23 primary. All accepted my invitation to join me on the air (except for the front runner, whose campaign has ignored my numerous attempts to contact them).

Today, we’ll meet two more of them:  Allen Ellison and Berniecrat Michaelangelo Hamilton, who would be the youngest person ever elected to Congress if he were to win.

In the remaining time, Biden test positive for Covid, and the House is taking some important votes.