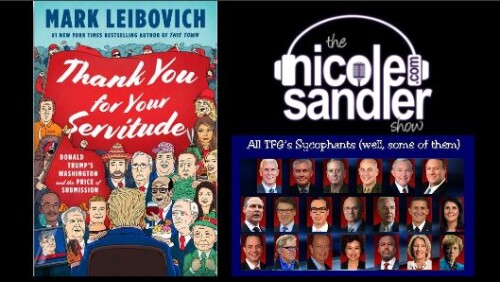 A new week begins, with the hope that Thursday’s season finale of the January 6 hearings is a blockbuster that finally shocks the sleepwalking portion of the nation into reality.
Much happened since we last spoke, including Joe Manchin’s latest act of sabotage against the Democratic Party and the people of this country. (That’s what Bernie Sanders called it, and I agree).

So, we’ll recap some of the latest news, and then welcome DC journalist Mark Leibovich to the show. He spent over a decade at the NY Times, and this year moved to The Atlantic. And his fourth book was just released last week, called Thank You For Your Servitude: Donald Trump’s Washington and the Price of Submission