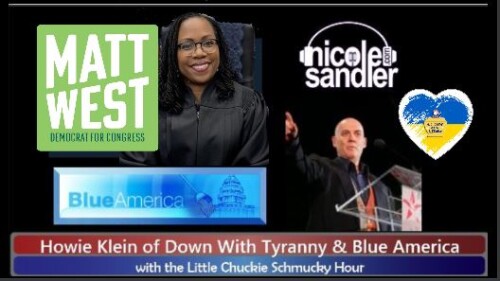 It’s Thursday. Russia’s war on Ukraine is entering its second month. The Supreme Court Senate confirmation hearings for Ketanji Brown Jackson wrap up today today after Republicans on the committee abused the nominee who will likely be the first Black woman to sit on the Supreme Court.

He’s running in the brand new 6th district of Oregon and is a real progressive, evidenced by his Blue America endorsement. But there’s another interesting element. As Matt told Howie,

“I’m also a blockchain/web3/cryptocurrency developer working to change the internet.”

So, I think we’ll get a quick lesson in that part of tech I know virtually nothing about! That, and more!