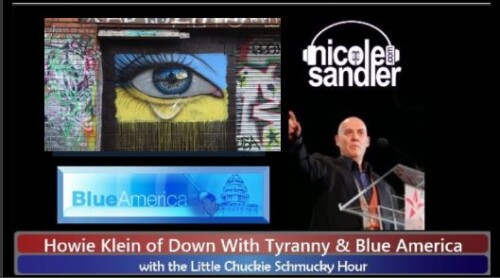 We’re now into the third year of a global pandemic, and the fourth week of Russia’s war on Ukraine. It feels like we’re living in a one step up, two steps back world on so many fronts. That’s my mindset as I prepare for today’s show.

Our friend in Ukraine, Tanya (which she prefers over Tatiana) made it to the border with Poland, as she messaged me at 6:49 ET this morning. I haven’t heard anything from her since. Hopefully that’ll change come showtime.(It didn’t, but she did get in touch at 7pm ET, and is already settled in with her friend in Krakow. I’ll have some inspiring stories to share tomorrow!)

Today is Thursday, so Howie Klein is here. We’ll address some of the other issues plaguing us, as if Covid and the war weren’t enough (they are, but the universe apparently has different ideas), including the lack of subpoenas to members of Congress implicated in the Jan 6 attack on the Capitol. He wrote about it at Down with Tyranny.

In that article, he quotes a few of the Blue America-endorsed candidates running in next years midterm elections, including Lucas Kunce.

Lucas Kunce is running for an open senate seat in Missouri. He’s a Marine veteran having served multiple tours of duty in Iraq and Afghanistan. He’ll actually join me in the first half hour of today’s show. I’d been trying to get him on to give us his take on the war, our response, and what more we could be doing.

And here’s the chart I mentioned of the members of Congress who are war-profiteers. 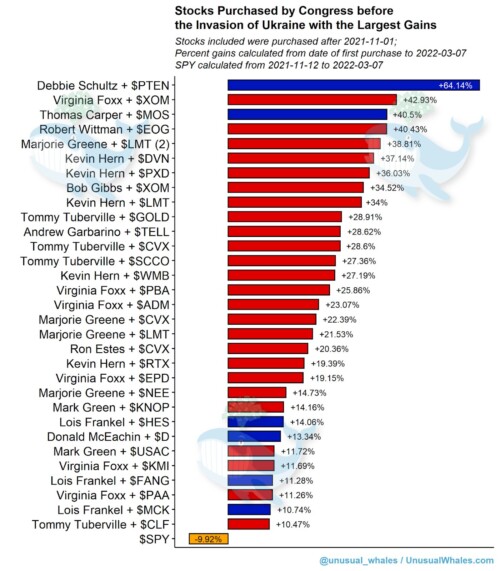