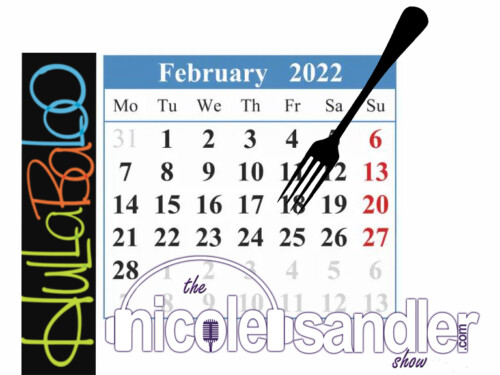 At the end of each week, it feels like we dodged a bullet. So Fridays tend to lend an air of relief!

Today, Heather “Digby” Parton joins me to stick a fork in this week.

If you need some assistance in remembering what happened over the past five days:

Putin didn’t invade Ukraine on Wednesday, something that we had been bracing for. Despite Russia’s denials that an invasion is imminent, troops keep amassing on the border of Ukraine. Hostilities could still happen any time… Don Jr, Ivanka and Popa Don must testify under oath, and sit for a deposition in the next 3 weeks. Congress averted a government shutdown when funding runs out tonight at midnight by passing yet another continuing resolution, this time until March 11. And Mazars, their long time accounting firm, not only fired them as clients, they declared that the financial statements it prepared for the Trump organization lo these many years cannot be trusted. Fox blanketed their airwaves with a fictional story about the findings of John Durham’s investigation, while its airstaff and sycophants wondered aloud why the rest of the media was ignoring their yarn. Sarah Palin lost her libel lawsuit against the NY Times…again. The Russians keep cheating at the Olympics, probably destroying the life of a talented 15 year old figure skater. Sandy Hook families won a $73 million settlement against Remington, marking the first time a gun manufacturer was held liable for a mass shooting in America. Prince Andrew admits he’s a sleaze (he did settle with one of Jeffrey Epstein’s victims to avoid a trial over allegations that he raped a teenager numerous times during his association with the now dead predator. A group of truckers in Canada showed that they’re as unhinged and stupid as the anti-vaxxers down here.

Bring on the weekend, please.