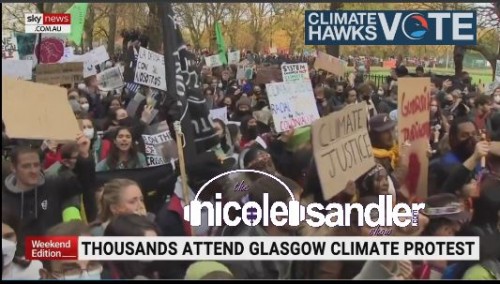 On Friday night, every Democratic in the House except for six voted for the “bipartisan infrastructure bill” or BIF, as it was euphemistically called). With the help of 13 Republicans who had the backbone (or death wish) needed, they got it across the finish line. A giddy Nancy Pelosi then sent it to the President’s desk, where it’ll sit for a week until Congress returns from recess.

Of course they need another break. After all, the next one isn’t for another two whole weeks, when they’ll take off for Thanksgiving. And their next deadline isn’t way off the in the distance — December 3. That’s when the government will both run out of funding and will hit the debt ceiling. Seriously. They’re taking this week off? And you wonder why we can’t have nice things.

Meanwhile, this *BIF* is the hard infrastructure bill. We need the other one, the “Build Back Better (BBB) Act”… you know, the human infrastructure bill, to pass in order to get any real investment in mitigating the climate disaster. So why are members of Congress and the administration touting this first part of the package as something to help fight climate change?

I’ll ask our guest today. RL Miller is the founder of Climate Hawks Vote, and Twitter ranted over the weekend about just what the BIF actually does regarding the climate catastrophe…

hey folk, I’m going to talk a bit about the BIF that passed last night, White House spin, and whether it’s a climate bill or not. And I’m going to tag it #325To1 for reasons that will become obvious.