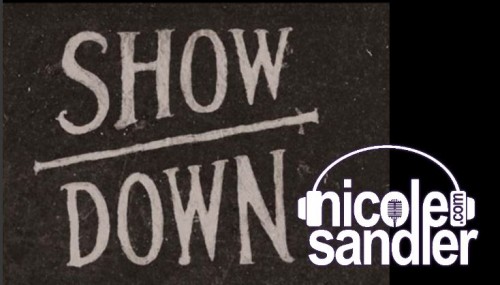 What a Friday! I was supposed to talk with Aldo Seoane on the show today. Unfortunately, when I called, we got voicemail. Aldo has been at the Standing Rock Sioux protests of the Dakota Access Pipeline where, on Thursday, all hell broke loose as the National Guard and militarized police showed up to violently remove the protesters from the land. Aldo sent this message on Friday night:

Obviously, some things are more important. We’ll try to touch base with Aldo on Tuesday’s show to get an update on what’s happening there.

In the meantime, you’ll find coverage on Aldo’s Facebook page, and that of the Standing Rock Sioux Tribe itself.

To add insult to injury, late Thursday we learned that a federal jury acquitted the Bundy brothers and their cohorts of all charges stemming from their armed takeover and occupation of a federal facility and threats to federal agents. The disparity is beyond comprehension.

Dave Johnson paid us a return visit. A senior fellow at the Campaign for America’s Future, Dave blogs at OurFuture.org and his own Seeing the Forest too. I wanted him to bring us up to speed on what’s happening with the TPP – but the news from North Dakota and Oregon dominated our conversation.

And then more crazy Friday October surprise shit hit the proverbial fan as James Comey sent a letter to Republican House members telling them that during an unrelated investigation, more Hillary Clinton emails surfaced, that may or may not be related to the previous email investigation. Talk about muddying the waters 11 days before election day! Kurt Eichenwald is doing some great reporting at Newsweek to help navigate the confusion…

At the very end of the show, Dave began telling us about his latest article regarding the TPP. I had to cut him off as we were hitting the top of the hour (and since joining Progressive Voices, I can’t run long any more!), so I promised I’d link to it from here.  We’ll pick up from there next time.