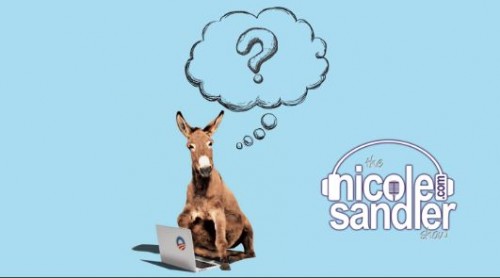 We begin today’s show with the latest on the Democrats’ negotiations about the two infrastructure bills and President Biden’s domestic agenda, and how two senators (Manhenema) are sabotaging it and the future of not only the Democratic Party, but democracy in the United States itself. Call me cynical… I may have to add the CY back to the beginning of my name (cynicole….. get it?)

One thing is for sure, that’s that the Democratic Party has a messaging problem. It’s been the case for as long as I can remember, but I don’t recall it being THIS awful. To help understand the problem, and perhaps get some communication tips for ourselves, I’m happy to welcome John Neffinger to the show.

John has served as Communications Director of the Democratic National Committee, taught on the faculty at both Columbia and Georgetown Universities, served on staff at Harvard’s Kennedy School and worked as a management consultant and as an attorney. John is the co-author of Compelling People: The Hidden Qualities That Make Us Influential, which is the first non-specialist account of modern social judgment theory and is now published in twelve languages. He was involved in conducting some of the earliest research on the effects of appearance and non-verbal communication in electoral politics, and his work with KNP has been featured in a Harvard Business School case study.

I participated in a media training with him close to 10 years ago… I’ll get his thoughts about the communications problem in today’s Democratic party.