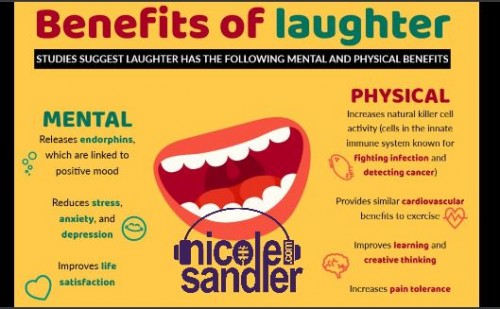 I was wrong when I thought the stress would let up after we get TFG out of the White House, and it did, temporarily. With our future on the line as voting rights are under attack, while Trump and his cronies are still roaming freely even after fomenting an insurrection at the Capitol, as the Democrats in Congress fall all over themselves to snatch defeat from the jaws of victory, and COVID continues to infect and kill people, we’re all on edge, anxious and depressed. The best medicine thankfully doesn’t depend on our dysfunctional health insurance system, as it’s generally free. Laughter!

Actually humor is quite important when it comes to absorbing information. A Pew study conducted around the time Jon Stewart exited the Daily Show found that viewers of humorous news shows such as The Daily Show and The Colbert Report exhibited higher retention of news facts than those who got their news from newspapers, CNN, Fox News, or network stations.

So, today, I welcome the very funny Noel Casler back to the show. Many will remember Noel as the guy who worked on The Apprentice some years ago, and has said what he witnessed while working for and around the D’ump clan. These days he hosts his own podcasts, posts weekly “Car Rants” on YouTube, and does standup comedy.

We’ll have some fun with the news as we get serious about laughing about what’s killing us. Seriously.

I played a couple of wonderfully funny and effective ads, to prove my point”

And here’s the video version of today’s show, for those who like to watch