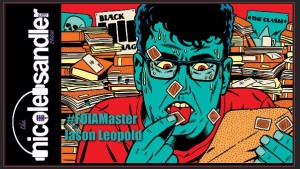 Yesterday marked the beginning of the 15-day celebration of the Lunar New Year as we leave behind the Year of the Tiger for the Year of the Rabbit. Billions of people celebrated around the world including in the Southern California city of Monterey Park, where the population is around 65% Asian and Asian-American… a city that’s historically safe and consistently ranks as one of the country’s best places to live due to its good schools, growing economy, and central location.

But a shooter, later identified as a 72-year old man of Asian descent, entered a dance studio and killed 10 people and injured another 10 before fleeing the scene. One of the injured victims died today, bringing the number of people killed to 11.

The shooter went to another dance studio in the neighboring community of Alhambra, where one very brave man managed to wrestle his gun away from him. He still managed to escape.

But his van was surrounded by police in the town of Torrance and, on Sunday evening, it was confirmed that the shooter killed himself as police were closing in.

This was the 33rd mass shooting so far this year… a year that’s only 23 days old!

Our guest today is not here to talk about mass shootings, though he probably could. These days, Jason Leopold  is doing his reporting for Bloomberg news, but his focus remains on getting the information that the government doesn’t release on its own.

Jason Leopold has been dubbed the “FOIA Terrorist” by those who have to deal with his never-ending stream of FOIA requests, but I prefer the term FOIA Master, as what he’s doing is masterful, not terrorism! I invited Jason on today because it’s been a few months… and due to a story published by the NY Post’s Page Six of all places, dealing with Morrissey (musician, formerly of The Smiths), the Secret Service and a statement he made about the former guy a few years ago!

I shared an article from The Cut, part of The New Yorker, written by X Gonzalez about their journey after the Marjory Stoneman Douglas High School massacre. We knew X as Emma in the aftermath of the Parkland shooting. In this article, they tell us about graduating from Florida’s New College in Sarasota, the haven for LGBTQ students and others who don’t fit in or feel like they don’t at larger universities.  I read a good part of this on the show today because of the Monterey Park shooting, so we can all understand a little more about how living through a horrific mass shooting effects all of the survivors. And because the fascist in the governor’s office here in Florida is changing the board of The New College, adding conservative and “Christian” conservatives in place with the goal of modeling the school after  Michigan’s Hillsdale College. 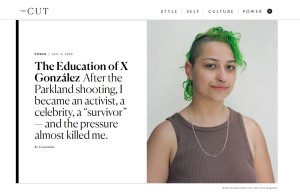