Yes, There Were Shows While I Was Away! 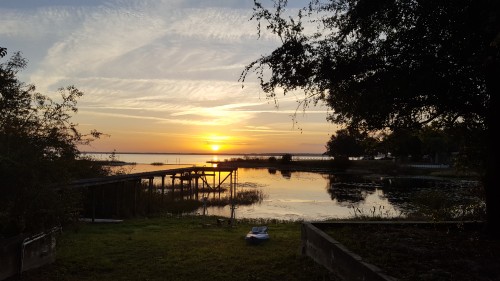 That’s what I spent the last four days looking at, which truly helped me unplug for a while. The picture below is the view of the house if you turn around. It’s my sister’s house on Lake Weir in Oklawaha, FL, just outside of Ocala. 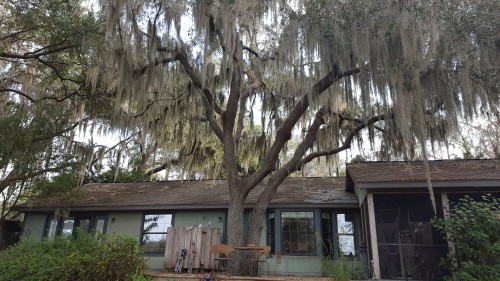 My favorite part of the house is right there… just to the left of the tree. See the wooden gate? That’s an outdoor shower! As you shower, you look out at the lake (top picture). Not too bad, huh? 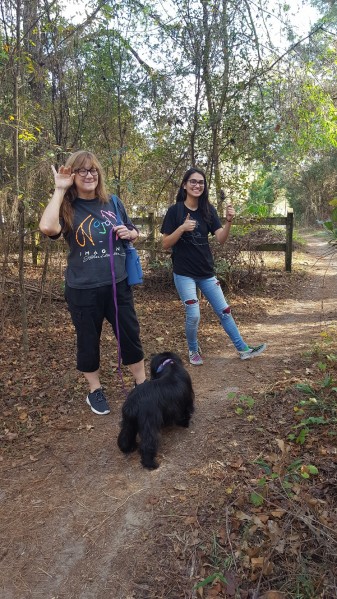 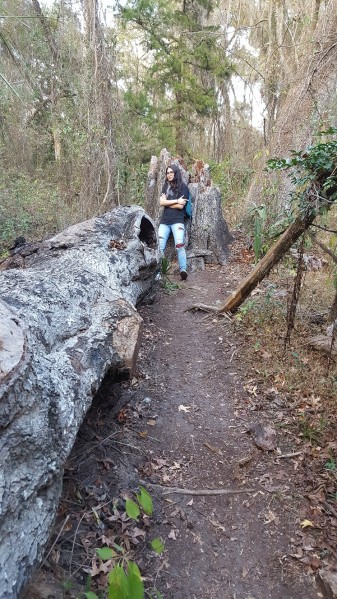 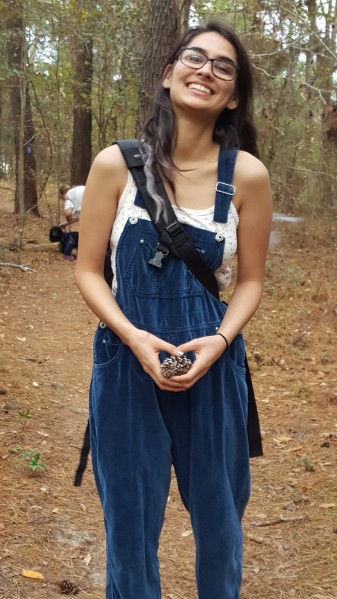 And we did some hiking! And went to Silver Springs, and an actual Drive-In, where my car battery died. Yes, I’ll be taking it in again tomorrow. Long story short, but it was the second time in a week due to running down the battery when the motor was off. Since it’s a Prius, I’m afraid this might be a bigger deal than in another car.

BUT… I did have to buy two new tires when I was there. Didn’t want to chance the ride home. I’m surprised we made it there!

One more pic… there were Trump signs everywhere, including this oh-so-clever ditty: 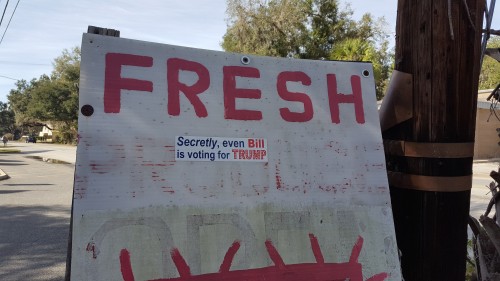 With that one, I was ready to head back to South Florida, out of the Deep South of Central Florida.

Although I wasn’t on live for the past two days, I did have two new shows.

Yesterday, I was joined by activist, organizer and activist Jane McAlevey to discuss her newest book, No Shortcuts: Organizing for Power in the New Gilded Age. And energy analyst, oil industry journalist Antonia Juhasz told us about President Obama’s parting gift to ocean lovers – taking parts of the Atlantic and Arctic permanently off the table for off-shore drilling!

And I’m back live on Thursday!