While I Was Out 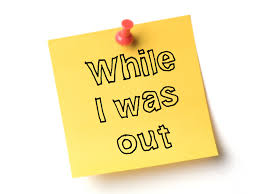 As you likely know by now, I’m battling lung cancer.

The first part of the battle had me being poked, prodded and scanned.

The second is finding the surgeon who’ll cut the tumor(s) out of me! That’s what we’re doing now.

Yesterday, we were in Tampa, having a consultation with a great surgeon there, Dr. Lary Robinson. Today, we were closer to home, at the UM/Sylvester Cancer Center to meet with Dr. Dao Nguyen. Also truly impressive.

While I was out, we ran abbreviated one-hour programs… The podcasts are posted below.

I’ll be back tomorrow, and will let you know what’s next. One foot in front of the other. Fuck Cancer!

We packed a lot into one hour! Jules Boykoff is a professor of political science in Oregon, a former Olympic soccer player, and author. His new book is Power Games: A Political History of the Olympics. We caught up with him in Rio to talk about the start of the 2016 Summer Games.

And Amy Simon returned to tell us about the evolution of her show to its current form. She Is History will have a staged reading that Amy is taping at Theater West in LA on Sat Aug 27. Go to sheshistory.com to make a reservation to the free taping. And please support Amy’s She Is History Kickstarter!

On Monday, I spoke with hemp oil advocate Rick Simpson right at the beginning of the show. Since that hour isn’t carried on the Progressive Voices Network and many people missed it, I thought we’d repeat that hour today. So, hear the man for whom RSO (Rick Simpson Oil) was named, via Skype from his home in Croatia. Although a Google search would turn up lots of sites claiming to be affiliated with Rick, his one and only website is PhoenixTears.ca.

I’ll be back LIVE tomorrow for the full two hours!