Underwater & Unemployed, and Laffy too! 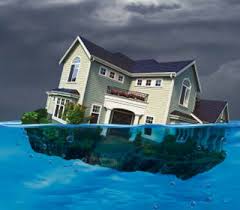 It’s a busy Tuesday at Radio or Not.

Today is the first Tuesday of our regular Gotta Laff segment.  Sure, we’ll share some laughs, but Gotta Laff (aka Laffy) joins the show every Tuesday for a look at some of the best stuff she’s shared on her amazing blog, The Political Carnival, over the past week.  Of course that means she and I will share our thoughts and opinions on everything happening in the news.  You’re welcome to chime in too — either in the Ustream chat room or by phone at 800-795-1159.  That’s in hour two (7pm ET).

We’ll start the show with a look at HAMP (Home Affordable Modification Program), through the eyes of FireDogLake’s David Dayen.  Today, he posted part 6 of he series, “Portrait of HAMP Failure.”  Today’s installment is “Losing Homes on a Technicality.”

For millions of Americans who are “underwater” in our homes, HAMP should have provided hope.  As Dayen’s series shows, it’s quite the opposite.  Read the rest of the series at these links:

Monday is Labor Day but, this year, many Americans will not be enjoying the day off  as they have every day off, involuntarily!  The unemployment rate stands at 9.6% (though it reality it’s likely much higher).  While President Obama will address the nation from the Oval Office tonight on the subject of Iraq, our minds will be how to get back to work.

Barr McClellan is an attorney, entrepreneur and best-selling author.  His new book is called “Made in the U.S.A.: Global Greed, Bad Tax Laws and The Exportation of America’s Future  (Economic Insights from some of the World’s Leading Economists and Trade Strategists).”

McClellan, who served as a personal attorney to Lyndon Baines Johnson and is also the father of former White House Press Secretary Scott McClellan, believes much of the damage was done by corporate outsourcing of American jobs and that turning it around will depend on buying products that were made in America.

We’ll also check in for the latest news from Victoria Jones at the Talk Radio News Service.

One last thing, kudos to Chase & Eric of NewLeftMedia for this great video from Glenn Beck’s Whitestock rally on Saturday…