“Today is the day the political news media lost its mind” 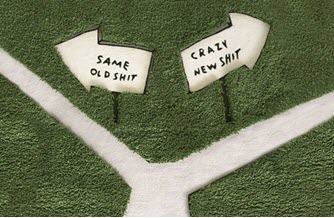 Twitter lost its mind yesterday, in part because the political news media lost theirs, as you can see if you take a few minutes to watch the segment below from The Last Word. I spent hours batting away Trump trolls and even fellow Democrats who came up with every conspiracy theory you can imagine (and some you can’t) about Hillary Clinton’s health. I’m not a huge fan of some of Hillary’s policies, but I’ll be damned if I’ll entertain such idiocy.

“Idiocy?” you ask. Yes, idiocy. Here’s one example of a message I got from someone I ended up unfollowing on the Twitterz:

“At the moment she goes limp, a slab of metal falls from her pant leg. It’s like she was wearing a leg brace that failed her.”

Oh my god!! Hillary let that damn metal thingy fall out of her pants! She must be dying! Or worse! She must be… Hillary! 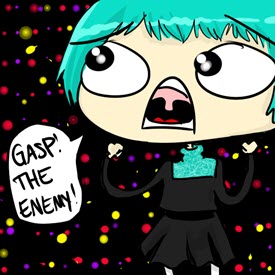 Anyone who has read anything I’ve written over the past year knows I’m a Bernie voter who has been critical of Hillary Clinton. But come on. Seriously, go after her for her record, her platform, or even her transparency issues, but this? She has pneumonia. It’s treatable. She’s improving. The End.

Lawrence breaks down how the media ignored Donald Trump’s most dangerous statement of the campaign and instead focused on Hillary Clinton’s health disclosure, something Trump has never done.

Lawrence said this in the above video:

“Today is the day the political news media lost its mind.”

As I type this, President Obama is speaking on behalf of Hillary. Here are some quotes:

Obama: “I sure get frustrated with the way this election is covered.” https://t.co/MspiAZIdTw

“Our standards for what’s normal have changed.” — President Obama

Obama says “the press just gives up” and stops fact-checking Trump’s repeated lies about having opposed the war in Iraq.

The Los Angeles Times takes it from there, in its editorial, “The world is in turmoil, but we obsess over a case of pneumonia“:

The focus on such minor events and controversies doesn’t really come as a surprise; it’s been the hallmark of this prolonged campaign season. Nevertheless, it’s dumbfounding to realize that North Korea’s successful test of a nuclear bomb last week was a come-and-go moment in the campaign. Also mostly ignored: that the civil war in Syria, which has caused one of the worst humanitarian tragedies in modern human history and has unsettled the political stability of Europe, may be entering into a truce (or not, given the five-year history of the war and related crises). Meanwhile, President Obama and Chinese President Xi Jinping recently signed off on the 2015 Paris accord to try to limit the increase in global warming to 1.5 degrees Celsius, yet climate change barely registers as a political issue.

In case you missed it, here’s a glimpse at Trump’s latest stab at foreign policy, via CNN:

Donald Trump vowed Friday that if Iran inappropriately approached US ships, they would be “shot out of the water.”

“And by the way, with Iran, when they circle our beautiful destroyers with their little boats and they make gestures that our people — that they shouldn’t be allowed to make, they will be shot out of the water,” he said at a rally here.

Taking such action would have tremendous ramifications and would likely be considered an act of war. The comments, even given Trump’s penchant for tough language, are unusual for a presidential candidate.

We better beat Trump, people. We have two feasible choices here, and if Hillary loses, Trump wins. Yes, vote your conscience if you must, I get that. But don’t fall into the Trump Black Hole of BS by helping Trump’s cause by colluding with right wing armchair clinicians and conspiracy theorists. Base your vote on policy, not frantic, baseless assumptions. And while you’re doing that, imagine what Trump’s America will look like with him and a complicit GOP House in control.