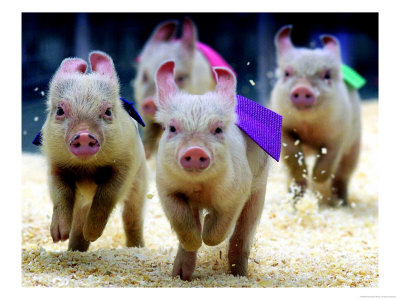 We have just over a week before election day, and things are getting nastier by the minute. On today’s show, I’ll be joined by one of the few progressive heroes in Congress – Raul Grijalva – who is in serious danger of losing his seat.

On Thursday, Grijalva’s Tucson office was evacuated Thursday when a staffer opened an envelope containing a plastic bag of white powder and two pieces of paper with swastikas written on them. Nice, huh?  Yes, it’s ugly out there…

But we’ll start the show with Jason Leopold of Truthout, who spent the weekend poring over the 400,000 documents released by wikileaks on Friday.

At 5pm EST Friday 22nd October 2010 WikiLeaks released the largest classified military leak in history. The 391,832 reports (‘The Iraq War Logs’), document the war and occupation in Iraq, from 1st January 2004 to 31st December 2009 (except for the months of May 2004 and March 2009) as told by soldiers in the United States Army. Each is a ‘SIGACT’ or Significant Action in the war. They detail events as seen and heard by the US military troops on the ground in Iraq and are the first real glimpse into the secret history of the war that the United States government has been privy to throughout.

The reports detail 109,032 deaths in Iraq, comprised of 66,081 ‘civilians’; 23,984 ‘enemy’ (those labeled as insurgents); 15,196 ‘host nation’ (Iraqi government forces) and 3,771 ‘friendly’ (coalition forces). The majority of the deaths (66,000, over 60%) of these are civilian deaths.That is 31 civilians dying every day during the six year period. For comparison, the ‘Afghan War Diaries’, previously released by WikiLeaks, covering the same period, detail the deaths of some 20,000 people. Iraq during the same period, was five times as lethal with equivallent population size.

Please donate to WikiLeaks to defend this information.

Obviously, with 400,000 documents, there’s a lot to digest.  One way is by logging in to the Warlogs site.

The other is to check out what The Bureau of Investigative Journalism site dedicated to them.  From Truthout.org.

And if it’s Monday, it’s “Fools on the Hill” with Nicole Belle of Crooks and Liars.  Here’s what’s on tap for today:

First up is former Joint Chief of Staff chairman Gen. Hugh Shelton tells Christiane Amanpour where he stands on DADT by using the rather dumbfounding logic that the US has never been defeated in war by an army that included openly gay soldiers.  No, seriously.

I guess that Gen. Shelton got a personal assurance that every member of the Viet Cong was straight.

Pat Toomey, whose lead over Joe Sestak in basically within the margin of error,  took the day off on Saturday presumably to prepare for his appearance on Fox News Sunday.  It might have been a little more productive if Toomey bothered to read the CBO reports on the effects of extending the Bush tax cuts.  Unless, of course, he knew he was lying when he told Chris Wallace that it’s not clear that extending the tax cuts would add trillions to the deficit.  Sometimes, pictures say more than words, so I direct you to graph after graph that show how devastating the Bush tax cuts and Republican policies in general have been to the economy.

And proof #2350 that the media doesn’t want citizens to be focused on real issues comes from The Chris Matthews Show, which spent all of 19 seconds on the issue of rigged electronic voting machines.

And then finally, because I don’t know if we’ll have time, here’s Jon Stewart talking to Larry King about both the strengths and ultimately, the evils of Fox News and CNN.

And here’s the Rick Scott deposition video I promised I’d post.  How anyone can vote for this real-life crook and liar is beyond comprehension…