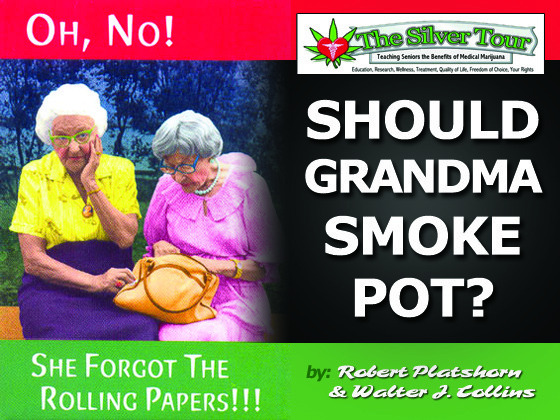 Medical Marijuana is legal 17 states and Washington DC, and legislation is pending in seven more.  But the Department of Justice under President Obama is still closing dispensaries and prosecuting people under federal law instead of following states’ laws.

Robert Platshorn, author of The Black Tuna Diaries (his story of arrest and 30-year incarceration for pot smuggling), is leading the charge to educate our senior citizens on the subject of Medical Marijuana.  He produced this film, Should Grandma Smoke Pot, and will run it all over the nation as an infomercial.

Having interviewed Robert a few times over the years, I offered my narration services when he told me about the project.

Grandma began running this week in West Palm Beach, FL and Eugene, OR.  Visit The Silver Tour to help run it around the country.