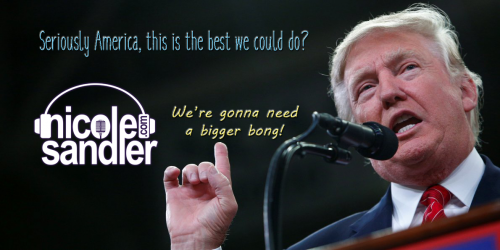 Please don’t read yesterday’s post, because boy did I get it wrong. I never make predictions, but made an exception as I was blasting through posting the podcast, and I just had an epiphany that it was gonna be a blowout. When I’m wrong, I’m really wrong!!

I’m still stunned, shocked, numb and my brain hurts because I can’t understand how this nation could elect him. Then again, FloriDUH elected a criminal as governor, so I don’t know why I’m surprised.

Anyway, today I opened the phones to let you vent. We’ll have to do that more often.

Tomorrow, it’s Howie Klein on what happened with the congressional races. And I’ll ask him if it’s possible to force a change at the top of Democratic Party leadership. Or maybe we’ll wake up tomorrow and this will all be a bad dream….