“Republicans complain the pushback against Trump is ‘unprecedented.’ Are they serious?” 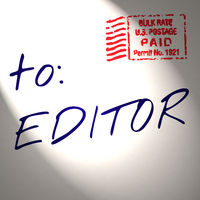 Today’s Los Angeles Times letter to the editor, because our voices matter:

Senate Majority Leader Mitch McConnell (R-Ky.) has accused the Democrats of unprecedented obstructionism because they were performing their constitutional duties of asking for financial and ethical screening of Cabinet nominees. This is another outrageous example of the Republicans’ assault on the truth. (“Republicans in Congress gambled on Trump and won. Here’s why they’re worried now,” Feb. 17)

Have we forgotten that right when President Obama took office in 2009, the Republican leadership in Congress planned a no-honeymoon strategy of all-out resistance to Obama, even though the country was in an economic meltdown? Then-Sen. George Voinovich (R-Ohio) said that “if [Obama] was for it, we had to be against it.”

In 2009, McConnell was reported as demanding unified resistance by all Republicans in Congress. Vice President Joe Biden was quoted as saying, “The way it was characterized to me was, ‘For the next two years, we can’t let you succeed in anything. That’s our ticket to coming back.’” In 2010, McConnell said, “The single most important thing we want to achieve is for President Obama to be a one-term president.”

Under the Obama administration, it was more important for the Republicans to regain the White House than to rescue the country from economic disaster. McConnell either has amnesia or lives in an alternate reality.