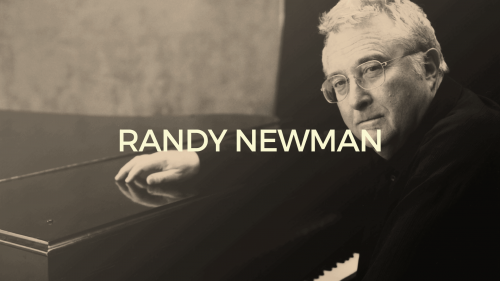 I’ve been honored to have interviewed Randy Newman twice – and somehow didn’t manage to get a picture taken with him.The first time we met, it was in the Music Hall at KSCA fm101.9 in Los Angeles. The Music Hall was actually a closed off hallway in between the on-air studio and the production room. But the sound was magic.

The second time I got to sit and talk with Randy Newman was at Channel 103.1, the Triple A station that followed KSCA on the air a few years later. It was May 25, 1999. This time we invited some listeners along.