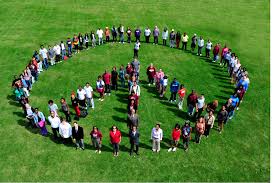 The President spoke to the nation last night, essentially delivering two speeches in one.

The first one was the one he’d been planning to give for over a week now — making his case for dropping bombs on Syria. Imploring those of us “on the left” to watch the videos of the dead and dying children.  Really.  As if I don’t care about children in need.

I get that chemical weapons are heinous.  But so are bombs that tear the limbs off of often innocent people – collateral damage, as it were.  Those conventional weapons often leave their victims bloodied and limbless, blinded and broken.  But we don’t seem to want to do anything about that.  But if those same children are killed by a gas, well, that’s a different story.

I really don’t get the distinction.  And I don’t see how dropping bombs (at the cost to US taxpayers of an average of a cool million bucks each) helps anyone.  And I’m still not convinced that Assad, as evil of a player as he is, was responsible for the August 21 attack that was so sickening.

Thankfully, it may be a moot point as diplomacy has finally entered the picture.

During the last part of his speech last night, President Obama acknowledged that any vote on a military strike against Syria is now on hold, that our march to war is on pause.  I hope it stays that way, that Assad will turn over all of his chemical weapons and that they’ll be destroyed.

Sadly, little children in Syria will continue to be ripped limb from limb by “conventional” weapons.  But somehow, to some people, I guess that’s acceptable.  Shame on them all.

Today, I spoke with Howie Klein of Down with Tyranny and the Blue America PAC about our political climate and the outlook for 2014.

And Susie Madrak of Crooks & Liars joined me to talk about the speech, the hypocrisy, Larry Summers and other atrocities.

Thanks to listener John in Oregon for sending this: