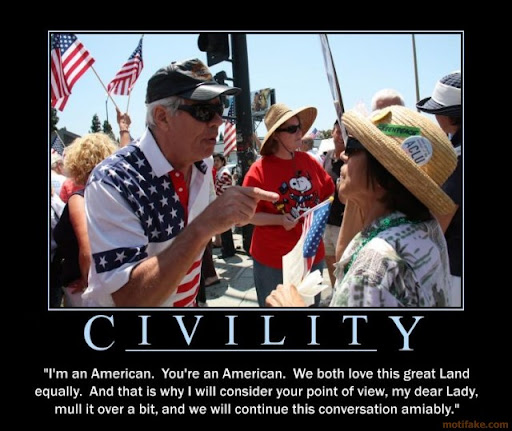 Last night in Tucson, President Obama reminded us why we voted for him. He struck the right chords in a brilliant speech that made us truly feel like an American family 300 million strong. He called for civility, because only a more civil and honest public discourse can help us face up to our challenges as a nation.

However, calls for civility should not be confused with silence on the lack of civility.

This morning, I tweeted the question “Does POTUS’ call for civility mean we shouldn’t criticize Speaker Boehner for attending a RNC fundraiser instead of going to Tucson memorial?”

I believe that calling the Speaker of the House out for putting politics ahead of helping to heal a nation wounded is my role as a political commentator. My criticism is not out of a lack of civility. But I believe his actions in declining an invitation from President Obama to accompany him on Air Force One to Tucson to attend the memorial in favor of to appearing at a reception for his favored candidate for RNC Chair, Maria Cino, showed a serious flaw in his character.

At a time when the nation is mourning, searching for harmony, and asking the age-old question (ok, decade old) “Can’t we just all get along?,” the Speaker of the House – the most powerful man in the Republican Party today – chooses to snub the President to attend a party fundraiser?  Someone’s priorities are severely screwed up.

If that’s not civil, I apologize. But Boehner’s lack of understanding of what’s called for a this time of national tragedy is as far from civil as I can imagine.

That’ll be the main theme we’ll discuss on today’s show (10-noon ET right here at Radio or Not).  Comedian John Fugelsang will join us in the second hour to help us laugh after a very rough week.