Listen to this episode: {play}http://traffic.libsyn.com/radioornot/20120911_Nicole_Sandler_Show.mp3 {/play} 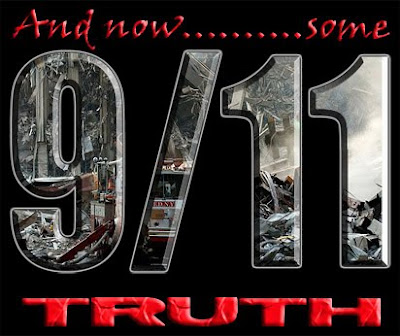 The picture mentions 9-11 truth, but we’re not talking about what brought down the towers (and building 7) today. Instead, we’re talking about what George W. Bush and his neoconservative foreign policy advisers knew thanks to their daily intelligence briefings.

Although most of the pre-911 Presidential Daily Briefings that shed some light on that topic, author Kurt Eichenwald – a contributing editor at Vanity Fair, former NY Times reporter, and author of the new book, 500 Days: Secrets and Lies in the Terror Wars – penned an OpEd for the New York Times in which he recounts reading some of those still-classified documents.

“…the daily briefs preceding Aug. 6, the ones the Bush administration would not release. While those documents are still not public, I have read excerpts from many of them, along with other recently declassified records, and come to an inescapable conclusion: the administration’s reaction to what Mr. Bush was told in the weeks before that infamous briefing reflected significantly more negligence than has been disclosed. In other words, the Aug. 6 document, for all of the controversy it provoked, is not nearly as shocking as the briefs that came before it.

The direct warnings to Mr. Bush about the possibility of a Qaeda attack began in the spring of 2001. By May 1, the Central Intelligence Agency told the White House of a report that “a group presently in the United States” was planning a terrorist operation. Weeks later, on June 22, the daily brief reported that Qaeda strikes could be “imminent,” although intelligence suggested the time frame was flexible.   ….

And the C.I.A. repeated the warnings in the briefs that followed. Operatives connected to Bin Laden, one reported on June 29, expected the planned near-term attacks to have “dramatic consequences,” including major casualties. On July 1, the brief stated that the operation had been delayed, but “will occur soon.” Some of the briefs again reminded Mr. Bush that the attack timing was flexible, and that, despite any perceived delay, the planned assault was on track.

Yet, the White House failed to take significant action. Officials at the Counterterrorism Center of the C.I.A. grew apoplectic. On July 9, at a meeting of the counterterrorism group, one official suggested that the staff put in for a transfer so that somebody else would be responsible when the attack took place, two people who were there told me in interviews. The suggestion was batted down, they said, because there would be no time to train anyone else.”

I suggest following the link and reading the entire piece, as there is much, much more there. Suffice it to say that, contrary to what Jeb Bush and Dana Perino might tell you, George W. Bush did NOT keep this nation safe.

Today is a bad day not only for what happened 11 years ago, but what is happening today.  Former Alabama Governor Don Siegelman is to surrender today to a federal prison to continue serving an almost seven year sentence after being targeted for political prosecution and persecution by Karl Rove and his minions.  The story is almost too unbelievable to be true, except it is.

Please go to DonSiegelman.org, read about what has been done to him, and sign the petition asking President Obama to do the right thing here.

In addition to discussing those two issues on the show this morning, we followed up on Day 2 of the Chicago Teacher’s strike with Laura Clawson of Daily Kos who’s doing a great job staying on top of what’s really going on there.

My pal Jorge Rodriguez of SoFloRadio joined in for a spirited discussion of religion and politics, including the rapid growth of Mormonism.

And, as we do every Tuesday, we hung with The Pollitical Carnival‘s GottaLaff to talk about some of these stories and premiere the newest Blunt!

VIDEO- BLUNT: Talk to the chair

VIDEO- Ann Romney: We empathize, “we know what it is like to struggle.” Really? Then here are a few questions for you…

PhotOH! Romney “requirement” speaks volumes: “Can you imagine having to put these signs up at an Obama gathering?”

PhotOH! “Vote for the American”

VIDEO: Fox News to Romney policy director on failing to provide tax plan details: “You’re just not answering my question. So let me put it AGAIN…”