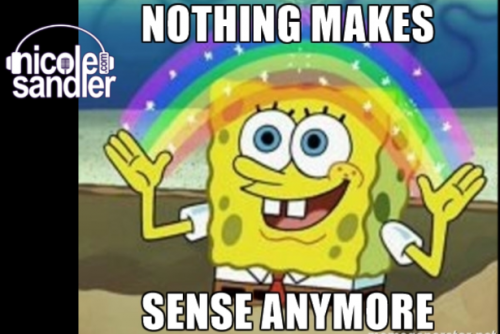 Every day I wake up and wonder how the hell we got to this place: fewer than 90 days away from a presidential election with the two most reviled candidates in history as the major party nominees.

One of them is politics as usual – in the worse sense of the term, and the other is a narcissist and loose cannon who could conceivably start a nuclear war over a perceived slight.

I get that Hillary Clinton was nominated. She’s gone through the steps and worked her way up the ladder. I don’t like it, but I do understand it. But Trump? He’s a carnival barker and con man. Don the con. And the idiots who watched his stupid TV show are falling for his sales pitch — and his bigotry and ugliness. It really doesn’t make sense.

So we fight against the madness.

Like Ted Rall is doing. I’ve long been a fan of Ted Rall the editorial cartoonist and author. But I’m a fan of the person too, even more so since he decided to fight back against the LA Times and the Los Angeles Police Department.

The behemoths regularly shit all over the little guy. But Ted has a voice and he’s using it to fight back.

He was on my show last August telling us about what led to this. He comes in near the end of this episode (that also includes Rev. Dr. William Barber!)

And now, a year later, he needs our help to be able to see the fight through. He explains in this video, and at the Go Fund Me page he set up to raise the money.

In hour two, if it’s Tuesday, it’s GottaLaff. And today, the phone was ringing as we were discussing the cancer and the research I’ve been doing as I figure out which surgeon to use and which type of surgery to have.