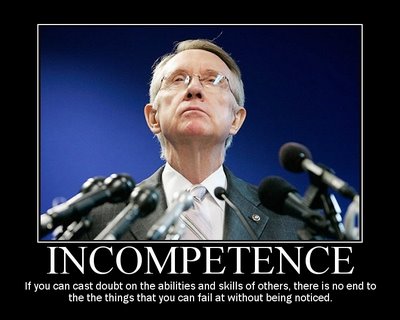 Poor Harry Reid.  He’s shocked. Shocked, I tell you, that the assholes in the Republican party would threaten to filibuster any gun legislation he brings to the floor.  Or anything else, for that matter.

Harry Reid had more than ample opportunity to enact real filibuster reform, but he chose instead to be bamboozled a second time by Mitch McConnell who assured him they would no longer abuse the procedure.

So, when Harry took to the Senate floor yesterday to, once again, issue empty threats and feign surprise that his opponents could be so heartless and ruthless, I fumed.  It’s nobody’s fault but his own…

Senior Fellow at the Campaign for America’s Future, Richard “RJ” Eskow joined me this morning to talk about the two pieces he wrote regarding Obama’s willingness to sell us out on Social Security:

Obama’s Social Security Cuts Are Our Wake-Up Call and

Could Democrats be Rebranded as the ‘Anti-Social Security’ Party?

More on this tomorrow, as today, Senator Bernie Sanders delivers more than 2 million signatures on petitions urging Obama not to cut Social Security and Medicare to the White House.

It’s Tuesday, so we spent the second hour with GottaLaff of The Political Carnival, who brought us these stories today:

James Carville: “Running for president is like sex.” Well, not exactly.

Meet “sovereign citizens”: Domestic terrorists who defy gov’t. authority. Some are violent, some are even hypocrites!