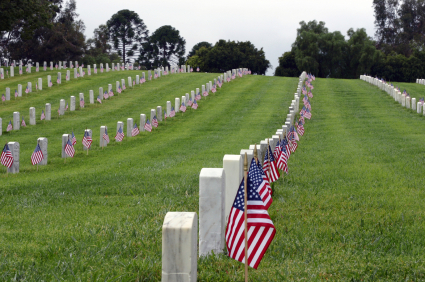 On this day, every year, we honor and remember those who died while serving in the armed forces of the United States.  My wish on this and every other day is that no more people die in war.

A young John Kerry, upon returning from Vietnam, participated in the Winter Soldier investigation to talk about the atrocities and war crimes perpetrated by our people during that war.  It’s a good idea to watch Kerry’s testimony, and remember his question, “Who’ll be the last to die for a mistake?”.

Today, I hosted a special edition of my show.  On Thursday, President Obama delivered a speech at the National Defense University in which he outlined his policies on drone strikes, Guantanamo Bay and the “war on terror”.    Although I thought it was a good speech – he is very good at giving speeches – there were some issues that are still quite troubling.

Medea Benjamin, co-founder of Code Pink and today’s most visible anti-war activist, was there and stood up to ask the president some important questions.

Medea Benjamin was my guest on the show today.  She joined me to talk about the things she asked the president and much more.   As President Obama said, “The voice of that woman is worth paying attention to.  These are tough issues, and the suggestion that we can gloss over them is wrong.”

The video of today’s show didn’t record, so I hope you’ll check out the audio podcast and hear what she had to say!

Also on the show, another edition of Fools on the Hill© with Nicole Belle of Crooks & Liars who brought us this today:

Actor Colin Firth was given the opportunity to be the guest editor of a BBC Radio Today program a few years back and commissioned a study to find out what the hell was going on with the brains of peoplewith whom he didn’t agree.  It was initially a joke, but ended up becoming a very real  study that found that conservatives tended to have much more developed amygdalas (the fear center) and smaller anterior cingulated cortexes, the area which neurobiologists associate with optimism.

I often think about this difference in brain physiology when watching the Sunday shows and how Republicans—who dominate the airwaves—choose to frame events.  There really is a whole different way of thinking happening.

Look at Peter King, who listened to President Obama’s speech last week on drones and heard something completely different than us liberals, telling Martha Raddatz that he was ‘offended’ by Obama citing moral reasons for a new drone and Gitmo policy.

Newt Gingrich—who is still unapologetically on my television despite having resigned in disgrace—thought the speech was ‘stunningly, breathtakingly naïve.’

And Oklahoma senator Tom Coburn, who after the horrific devastation in his state, thinks it’s time to reform disaster aid because our current system tells victims they ‘don’t have to be responsible.’

And Bob Dole, once the leader of this sad party, is looking at it from the outside and clearly at the end of his own life journey and just can’t believe what’s happened to the Republicans.  He tells Chris Wallace that the Republicans might as well hang up a ‘Closed For Repairs’ sign until 2014 and get things sorted out.