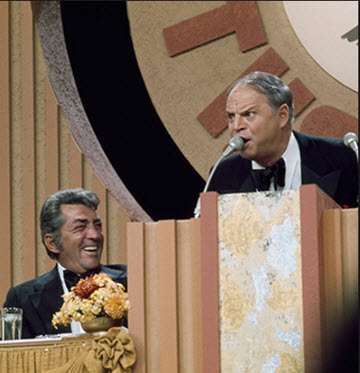 PRESIDENT TRUMP met with the President of China, Xi JINPING, this week to discuss TRUMP’S claims about China’s unfair trade practices and North Korea. TRUMP was briefed by the FBI, the CIA, NSA and MSG.

Both Presidents agreed to do something about North Korea. Xi JINPING will try to get KIM JONG UN to change his haircut, while TRUMP has put the entire cast of M*A*S*H on alert.

After days of meetings, Chinese President Xi JINPING and his wife, were so tired Friday night they decided to eat dinner in their hotel room and sent out for American – To Go.

DONALD TRUMP donated the first three months of his Presidential salary to the National Park Service. He also wants to cut their funding. That’s like sending flowers to the funeral of somebody you just murdered.

I don’t know if the Republicans were confident Judge NEIL GORSUCH would be confirmed, but last week he was spotted in downtown Washington at an “All Night Judge Supply Shop” being fitted for a gavel.

According the the National Enquirer, KANYE WEST and KIM KARDASHIAN are headed for divorce. I don’t believe it. I don’t think he would ever leave her behind.

This week was “National Hug a News Person Day.” But if you hug BILL O’REILLY don’t expect to get a hug back. His last one cost him 13 millions bucks.

BARRY MANILOW announced that he is gay. Also scientific research found that the sky is blue, and sugar is sweet.

Lots of interesting stuff happening this week in the news:

Once again it is Income Tax time. That’s when the government OF the people BY the people and FOR the people stick it TO the people.

Between the Federal, State and City my income has been taxed so often it has stretch marks.

The Jewish celebration of PASSOVER begins this week. No regular baked goods can be eaten during this holiday only unleavened bread called matzos. This year, to honor the Jews freedom from slavery and their exit from Egypt, the bakers will offer a new whole wheat and bran matzo fortified with Metamucil. It will be called “Let My People Go.”

The last of the old time comics died this week. My partner and I had the pleasure of writing some of his opening remarks when he was the MC at a Dean Martin Roast honoring Dean himself. Here were some of our “Rickles-isms.”

DON: It’s a great thrill to be your Master of Ceremonies tonight. Some thrill! I had a bigger thrill this morning watching my corn flakes go limp.

My wife, Barbara, summed it up best earlier this evening when she said to me…”For this you have to shave?”

But she also said that on our honeymoon night.

Tonight we are honoring Dean Martin. Gets you all choked up, doesn’t it? Dr. Jonas Salk found the polio vaccine… Dr. Christian Barnard found a way to transplant a human heart… So who are we honoring tonight? A man who has trouble finding his left leg.

Dean, it’s next to the right leg… look at this, I said “leg” and he’s moving his arm.

This is quite a dais…I haven’t seen so many rented tuxedos since the Osmond Brothers went to the prom.

Yes, my friends, we’re all here for the same reason. To tell Dean Martin how much we love and admire him.
(LOOKS AT WATCH)
We should be out of here in about six minutes.

Isn’t it beautiful Dean? All the biggies are here to pay tribute to you. We should have done this years ago when you were alive to enjoy it.

Don’t get me wrong, There’s a lot of reasons why this man should be honored. First of all he’s Italian and I love the Italians. What other people can work you over in an alley and sing opera to you while they’re doing it.

(SINGS)
RIDI PAGLIACCI
(HITS HIS HAND WITH HIS FIST)

Is he smiling at me? Cause I know he’s got ten friends in the back of the room and they’re all named Vinnie.

Later on tonight you’re going to get a chance to see Dean on his feet. In fact, I think someone has already called the paramedics…