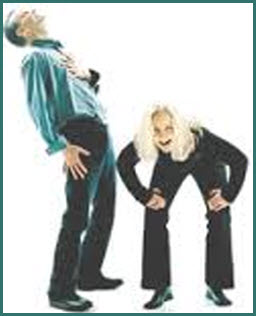 It’s rumored that MELANIA TRUMP has decided NOT to live in the White House at all. The PRESIDENT is certainly keeping his campaign promises. He’s keeping immigrants away left and right.

At Dulles Airport, a 5-year-old Iranian boy was detained for hours and kept from his mother. Or as KELLYANNE CONWAY calls it, “alternative daycare.”

Senate Minority Leader, CHUCK SCHUMER, got so emotional while protesting the travel ban, TRUMP accused him of fake crying. Then MELANIA jumped in to say, “Trust me, he doesn’t know when someone is faking it.”

PRESIDENT TRUMP met with executives from the pharmaceutical industry, and they once again explained to him that there’s no such thing as “Viagra” for your hands.

TRUMP says he wants to speed up the FDA’s drug approval process. I totally agree. With what TRUMP’S got planned, America’s going to need all the drugs it can get.

Speaking of drugs, thirty-one pounds of cocaine were found hidden in the nose of an American Airlines jet (no pun intended). Authorities became suspicious when the plane flew from Miami to New York in 16 minutes.

TRUMP spoke with VLADIMIR PUTIN over the phone last week for about an hour. PUTIN wanted to know if TRUMP liked the gift he got him. DONALD told him, yes, he was enjoying the Presidency very much.

You know how over four or eight years, the President’s hair turns gray? Well, get ready folks, during TRUMP’S administration, instead of him, that’s going to happen to all of us.

Thursday was “Groundhog Day” and the COUNTRY took the opportunity to call “Punxsutawney Phil” and asked him the big question: How did he get out of his hole so easily?

Keeping that in mind, I predict Atlanta will score the most touchdowns, but the New England Patriots will get the most electoral points and win the game.

Also, at the halftime Show, LADY GAGA will have a “wardrobe malfunction” and end up fully clothed.