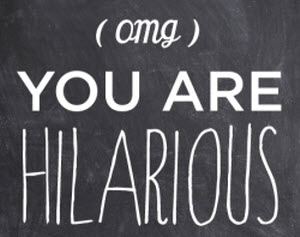 PRESIDENT TRUMP has called for an investigation into voter fraud during the presidential election. TRUMP said, “Of course investigate! For God’s sake, look who they chose!”

PRESIDENT TRUMP also signed an executive order authorizing the building of the border wall. It’s guaranteed to keep out all Mexicans and it’s already working. With one stroke of his pen, TRUMP kept out the MEXICAN PRESIDENT.

TRUMP also promised to get us more jobs. The wall would do that. Just think how many people along the 2000 mile wall will be setting up shop. Selling ladders and shovels.

TRUMP said he believes in torturing prisoners. I thought him being President was torture enough.

Opposing the PREZ is Secretary of Defense, JAMES “MAD DOG” MATTIS, who says torture doesn’t work and he would not do it. When the only sane person in the Cabinet is named “Mad Dog” we’re in big trouble.

PRESIDENT TRUMP says he will nominate a new Supreme Court Justice sometime this week. He said, “I just need a few more days to come up with someone completely unqualified.”

TRUMP adviser KELLYANNE CONWAY punched a guy while trying to break up a fight at TRUMP’S inaugural ball. She says it wasn’t actually a punch, it was an “alternative high-five.”

TRUMP called his inauguration day “A National Day of Patriotic Devotion.” So today, he was accused of fascism by Democrats and plagiarism by KIM JONG UN.

MERYL STREEP was nominated best actress for “Florence Foster Jenkins,” NATALIE PORTMAN for “Jackie” and HILLARY CLINTON for smiling her way through the inauguration.

Over last weekend, 750,000 protesters attended the “Women’s March” in downtown Los Angeles. The last time that many women gathered in downtown L.A. it was to testify against BILL COSBY.

The flu season is upon us full blast. I asked my doctor what was the difference between a cold and the flu? He told me, “About 80 dollars.”