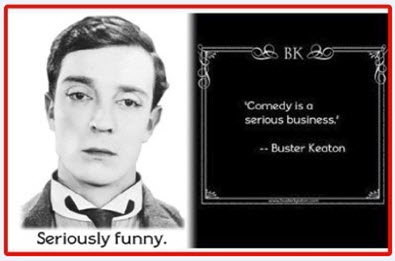 The big story this week is the new report claiming that Russia has enough embarrassing material on TRUMP to blackmail him. DONALD TRUMP compared the way he’s been treated by CNN and the intelligence chiefs to Nazi Germany, which is unfair, because everyone knows HITLER won his election without the help of the Russians.

Freezing weather is expected in Washington D.C. on the day of the inauguration. If you add in the wind chill factor and Congress and DONALD TRUMP’S approval ratings, it will be down to minus 13.

HILLARY CLINTON and BILL CLINTON announced that they are going to attend DONALD TRUMP’S inauguration next Friday. TRUMP was really excited. They’re the first celebrities that said they’ll actually go, that is if you don’t count VLADIMIR PUTIN.

Security will be incredibly tight at the inauguration, but Senators JOHN McCAIN and LINDSEY GRAHAM will get in anyway.

PRESIDENT OBAMA gave his farewell address in Chicago and thousands of people waited outside in freezing temperatures to get tickets. Now those people have a week to get over their pneumonia before they lose their health insurance.

At the Golden Globes, MERYL STREEP criticized DONALD TRUMP, then TRUMP tweeted that she is “overrated.” Overrated is a lot nicer than TRUMP’S usual insult of women over 40. That’s right, the all-time queen of American drama was criticized — by Meryl Streep.

Look, MR. TRUMP. You can refuse to release your taxes, you can call to ban an entire religion, you can play footsie with a dictator, but calling MERYL STREEP overrated. No-sir-re-bob!

CASEY AFFLECK was voted “Best Actor” at the Golden Globes. If you want to see real acting, just watch the Republican Congress as they pretend that everything’s going to be okay for the next four years.

The movie “La La Land” won a record seven Golden Globes. The movie tells the story of a struggling jazz musician who, against all odds, is white.

The San Diego Chargers announced they are moving to Los Angeles. The owner of the Chargers said, “I really loved La La Land!”

I guess California’s five year drought is over, It was raining so hard this week, customers were seen going into “Gucci” two by two.

–There was so much water in the streets of Beverly Hills, three Mercedes got the Benz.

–We actually had mud slides in Malibu, but luckily only in the servants portion of the house.

–It rained so hard in Hollywood, the “Hollywood Bowl” is now a giant sitz bath.

According to a new study, the average cost of raising a child in America is now over $200,000. The study was funded by “The Condom Companies of America.”