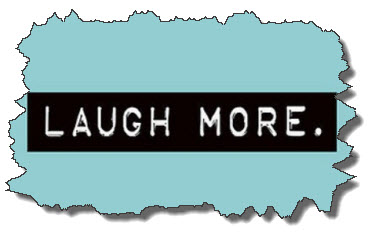 China has lodged a complaint over a controversial phone call between President-elect DONALD TRUMP and Taiwan’s President that has overturned decades of diplomatic protocol. TRUMP’S explanation: he must have hit the wrong phone number. He thought he was calling for an order of “Moo go gai pan” to go.

Last week DONALD TRUMP sat down to dinner with MITT ROMNEY at Jean-Georges French restaurant in the Trump International Hotel, because nothing says “Man of the People” like eating an $800 dinner in a tower you named after yourself.

The two billionaires dined on fancy French cuisine and then talked about how out of touch Washington is.

If you are wondering what was on the dinner menu, ROMNEY started by eating his words. Then for the main course he swallowed his pride, his dignity together with a side order of self-esteem.

TRUMP ordered young garlic soup with thyme and sautéed frogs legs. I thought he said he was going to “drain the swamp,” not eat what’s swimming in it.

ROMNEY also dined on frogs legs. I don’t know about you, but eating frogs legs with DONALD TRUMP sounds like someone lost a bet.

The President-elect is giving key positions in his cabinet to people who were loyal to him early in the campaign. So congratulations Secretary of State SCOTT BAIO.

TRUMP is considering SARAH PALIN to be his Secretary of Veterans Affairs. PALIN says she’s great at helping veterans. To which JOHN McCAIN immediately said, “Tell me about it.”

For his Secretary of defense, TRUMP has chosen a retired Marine general whose nickname is “Mad Dog.” Sleep well, America and don’t forget to get your rabies shots.

To honor the occasion, JOHNSON had “The Gap” make him special leather pants with an asbestos lining, in case his testosterone flares up.

Thanksgiving is over and the Christmas shopping season has officially begun. “On Dancer, On Prancer, On Visa, On Mastercard.”

You know it’s Christmas in Beverly Hills when Neiman Marcus’ handicapped parking is for people earning under two hundred thousand a year.

BARNEY’S is so classy, they wouldn’t let Santa Claus in the store unless he shaved.

Also at this time of year security at the airport is very strict. My carry-on bag has been X-rayed so many times it has a tumor.

Those Transportation Security Administration agents are really dedicated to their work. Last week, after patting down BEYONCE, the TSA guy was seen in the men’s room patting down himself.

The airport screening rule is; they can only touch the breasts and groin area over clothes. If I remember correctly, that was my wife’s rule on our first date.

Some of the airlines are thinking of offering “happy hour” on their flights in December. TSA is feeling us up. The machines are showing off our naked bodies and the airlines are giving us free booze. Book a flight and Saturday night will NOT be the loneliest night of the week.

Florida police arrested a woman last weekend after she assaulted her husband during an argument over which sex position is best. He argued for the Missionary Position; “woman on bottom, man on top.” She was all for the Disgruntled Wife Position. “Man on bottom, dirt on top.”