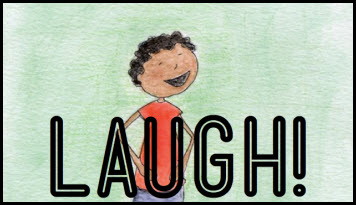 Well, we’re finally finished with Election 2016. Not the year. The number of campaign phone calls I was getting every night.

DONALD TRUMP was elected President or as he so delicately put it, “I grabbed the country by the pussy.”

Yes, the election is finally over and the Republicans won by a MUDslide. Just like the years 2000 to 2008, the Republicans are in charge again — and we all remember how well that worked out.

Just to make sure TRUMP wouldn’t do something weird on the final days of the election, his aides took away DONALD’S Twitter account. They even changed his password to something he would never guess: “ILoveWomenOver40.”

After 18 months of 24-hour news channels constantly reporting, and with TRUMP finally becoming the President-elect, it’s time for everyone to take their “I Voted” sticker and put it right over their mouth. We don’t want to hear another word about the election.

At the end of the night the electoral count was 290 for TRUMP and 232 for CLINTON — or as Fox News put it, “Won by a landslide.”

HILLARY under-performed among women, African-Americans, Hispanics and young voters. Really, the only place she did very well was with the pollsters.

There was a huge turnout in Hollywood. For the first time, there were more celebrities in voting booths than in rehab.

HILLARY waited until 3 a.m. to give TRUMP a concession phone call. In fact, it took so long CHRIS MATTHEWS had to rewind his mouth three times.

TRUMP is already finalizing his cabinet. RUDY GIULIANI would be Attorney General, NEWT GINGRICH would be Secretary of State and CHRIS CHRISTIE would go down to the Mexican border and just stand there blocking the way until the wall is built.

PRESIDENT OBAMA congratulated DONALD TRUMP in a speech after the election and reminded the country that we “are all on the same team.” It’s just that now, half of us are on defense.

TRUMP visited PRESIDENT OBAMA in the White House, which got TRUMP really excited to do his favorite thing: evict a black family from their home.

As soon as TRUMP shook hands with the PRESIDENT, OBAMA’S approval ratings went down 10 points.

By shocking the political establishment, and by defying the polls, DONALD TRUMP became the 45th President of the United States. This is a prime reason why the CIA is confident that terrorists will never bomb Washington. They wouldn’t want to end the confusion.

TRUMP said his election will be a Presidency of “change.” Well, he’s not even in office yet and he already changed the minds of millions of Americans. They now long to have RICHARD NIXON back in the White House.

Now that the 2016 election is over, the race for the White House in 2020 begins in two months.

WHAT IF OBAMACARE IS REPEALED?

First on President-elect DONALD TRUMP’S agenda is to get rid of “Obamacare,” but what is going to replace it? Here are a few “On the cheap” possible items a NEW Republican Insurance Plan might have, that you should be on the lookout for.

The annual breast exams are conducted at “Hooters.”

Their “Preventive-Care Program” advice consists of, “Eat an Apple Every Day.”

The tongue depressors have the faint taste of “Fudgesicles.”

When you ask for Viagra, they give you a Popsicle stick and some duct tape.