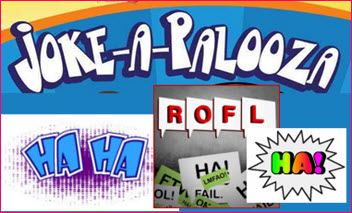 DONALD TRUMP was caught on tape telling BILLY BUSH how he tried to have sex with “Entertainment Tonight” reporter NANCY O’DELL. He says he took her furniture shopping. She was looking for a dining room table. He was looking for an occasional piece in the living room.

TRUMP later tried to downplay his lewd sexual comments by saying it was just “locker-room” banter. To prove it he was even ready to pull out the jock strap he was wearing at the time.

After TRUMP denied actually doing what he bragged about, a parade of women came forth to tell about his groping them. One women, who appeared on “The Apprentice” said, when she got the job TRUMP told her, “My door is always open.” What he didn’t tell her was that his fly was also always open.

TRUMP surrogates insist he was only kidding. What he did was strictly “tongue in cheek.” And they’re right. He tried to have his tongue in every woman’s cheek in New York.

There are plans of forming a support group of all the women who have been sexually harassed by TRUMP. They’ll meet every Tuesday night in Yankee Stadium.

When TRUMP loses the election, he doesn’t have to leave politics. He would make an ideal Secretary of Defense. After all, the man carries his own “heat-seeking missile.”

Some very prominent Republican donors are reported to be asking for their money back. Getting DONALD TRUMP to give you your money back is like asking CHRIS CHRISTIE for a bite of his cheeseburger. It ain’t going to happen.

TRUMP criticized Republicans who are dropping support for his campaign, saying, “I wouldn’t want to be in a foxhole with a lot of these people.” How poetic. An asshole in a foxhole.

Campaign manager, KELLYANNE CONWAY, said Republicans should support TRUMP and “stop pussyfooting around.” Which was the worst choice of words since ABRAHAM LINCOLN said, “I need slavery like I need a hole in the head.”

Last week’s Presidential town hall debate between TRUMP and HILLARY was held before an audience made up of undecided voters, or as they’re also known as, “the worst people to be in line behind at Baskin-Robbins.”

A man in the audience asked HILLARY and TRUMP to say one positive thing that they respect about each other. TRUMP thought a moment then said, “Where is that broken microphone when I need it.”

BOB DYLAN was awarded the Nobel Prize for literature. DYLAN said, “This is the greatest honor I’ve ever received.” Or he might have said, “Misses Gravy’s on her ivory steed.” It’s impossible to tell.

This week we celebrated Yom Kippur, or as GARY JOHNSON calls it, “The capital of Thailand?”