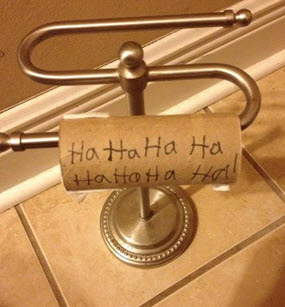 PRESIDENT OBAMA and VLADIMIR PUTIN were both in China attending the same economic G-20 summit. OBAMA saw PUTIN and said, “After listening to TRUMP for the past six months it’s nice to finally see a friendly face.”

OBAMA and PUTIN both in China at the same time. It’s like running into your ex-wife when you’re on vacation.

While In China, PRESIDENT OBAMA had a meeting with PUTIN. Before they started, OBAMA texted MICHELLE: “Going into a meeting, love you.” PUTIN texted the same thing to DONALD TRUMP.

This will be the PRESIDENT’S last G-20 Summit. So, the next time he talks international economics, it’ll be with a really bored person at a cocktail party.

DONALD TRUMP and HILLARY CLINTON did back-to-back interviews at this week’s “Commander-in-Chief Forum” held on NBC. The winner; the leader who came off strongest was VLADIMIR PUTIN.

TRUMP had nothing bad to say about the Russian leader. Maybe he’s afraid PUTIN will cut off his supply of wives.

At the interview TRUMP said he won’t reveal his plan to defeat ISIS. You never tell your plan in advance. Everyone is upset. Why can’t he do what he usually does; the honorable thing — lie?

New Jersey GOV. CHRIS CHRISTIE turned 54 years old this week. It was so exciting. At his birthday party he got just what he wanted — A cake jumped out of the cake.

Also this week in 1974, GERALD FORD pardoned RICHARD NIXON. At the ceremony NIXON made his famous statement, “I am not a crook — But keep your eye on SPIRO.”

There’s a company selling “bipartisan diapers” featuring the Democratic donkey and the Republican elephant holding hands. It was inevitable. At the end of the day, both Republicans and Democrats are basically full of the same thing.