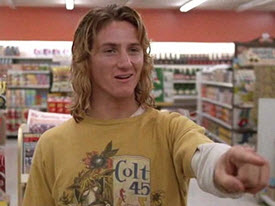 The 2016 Olympics in RIO de JANEIRO began Friday night stirringly with an opening parade of athletes. What a thrill it was to see steroids from every nation all marching and bulging together.

It was sort of like the Macy’s Thanksgiving Day Parade on uppers.

Officials at the Rio Olympics will be conducting 5,000 tests for steroids. Or as LANCE ARMSTRONG used to call it, “a Monday.”

Greece is hoping to do well in the Olympics. Their economy is so bad, if they can win any gold medals, they can cash them in and pay this month’s electric bill for Athens.

If the Olympics teach us anything it’s that the most important things in life are dedication, persistence and the refusal to give up until victory is at hand. We’re not talking about the games. It’s the athletes trying to avoid bacteria and oil in the water, pollution in the air and fighting off those damn Zika virus mosquitos.

The cool thing about Rio is, if the torch runs out of fuel you can just dip it in the ocean and it’ll reignite.

The skies above Rio are so polluted, practicing for the Olympics, a javelin thrower threw a javelin up into the air and it stuck there.

The Olympic Stadium in Rio has been sold out in advance for all the games thanks to international pride, the courage and determination of the athletes and the rumor that SOFIA VERGARA will be on the U.S.Trampoline Team.

The Olympic committee announced they’ll be handing out 350,000 condoms and 175,000 packets of lube. Sex at the games has always been a problem, but in the athlete’s defense, because the living accommodations in Rio are so bad, the cleanest place for an athlete to sleep is on top of another athlete.

MICHAEL PHELPS carried the US flag at the opening ceremony. He is the only athlete to receive 18 gold medals and to have shattered many world swimming records. In fact, the only ones in the world considered faster than MICHAEL are members of the Republican party moving away from DONALD TRUMP.

There’s been some talk about the Chinese gymnasts being underage. I don’t know if that’s true, but one of their little girls was heard saying “I love to watch MICHAEL PHELPS when he swims in the wa-wa.”

DONALD TRUMP has been adamant about not revealing any tax returns. I don’t want to say he’s been doing anything illegal, but his accountants just changed their name to “H & R (CELL) Block.”

By the way, there is no truth to the rumor that at the opening ceremony, TRUMP planned to send along his tax returns and was hoping to drop them into the Olympic torch.

This week DONALD TRUMP came up with a new nickname for HILLARY CLINTON, “The Devil.” I like how he says “It’s true,” he should know. He’s traveled to Hell and confirmed it himself.

ERIC TRUMP appeared on CBS and defended his father’s ongoing feud with the family of a veteran, saying, “What I think this country needs is a fighter.” And to DONALD TRUMP’S credit, he did bravely fight off all five of the Army’s attempts to draft him.

Happy birthday to PRESIDENT OBAMA who turned 55 this week! He made a wish and blew out the candles, but when he opened his eyes, he was still President.

With the success of Discovery Channel’s reality series, “Naked And Afraid,” travel agencies are offering nude vacation packages, including the plane ride. 200 “Naked” people on an airplane — kind of gives new meaning to that oft used airline announcement: “Full, upright and in a locked position.” That’ll make anyone “Afraid.”