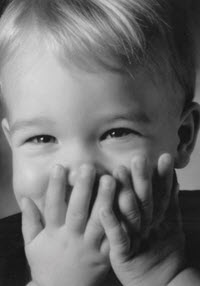 The Democratic National Convention opened in Philadelphia where the temperature was over 100 degrees. It was so hot HILLARY was meeting with BERNIE SANDERS supporters just for the chilly reception.

The Republican Convention ended the previous Thursday. The Democratic Convention began the following Monday. They do that to allow travel time for the hookers.

In MICHELLE’S speech she noted that she and the PRESIDENT wake up every day in a house built by slaves. To which DONALD TRUMP replied, “Really? Can I get the name of your contractor?”

BILL O’REILLY then added that the slaves who built the White House were “well fed” and had “decent lodging.” Leave it to Fox News to provide a “Fair and Balanced” view of slavery.

BERNIE SANDERS spoke at the Convention. The 74 year-old’s speech was stirring and was interrupted by dozens of applause breaks — and three pee breaks.

SANDERS supporters were so angry they booed each mention of HILLARY CLINTON’S name. Of course, it was in Philadelphia. Booing is just how people there exhale.

SANDERS said he knows people are disappointed in the results of the primaries and added, “Nobody is more disappointed than I am.” At which point JEB BUSH threw his empty Häagen-Dazs container at the TV.

PRESIDENT OBAMA made a speech of a lifetime to convince people to vote for HILLARY instead of DONALD TRUMP. The speech was entitled, “I Can’t Believe This Is Necessary.”

On the final night HILLARY made her acceptance speech where she laid out, point by point, what she would do when elected. DONALD TRUMP is being accused of being too vague so TRUMP’S campaign team immediately said they would start being more specific. When asked, when? they said, “Soon-ish.”

If HILLARY wins BILL CLINTON would be our nation’s first “First Man.” I always thought ADAM was the first man, but then again those fig leaves can fool you.

It was a historic two weeks. Now it’s up to the voters. We’re either going to have our first woman President, or the first President who sold a line of steaks at “Sharper Image.”

The Democratic Convention is over and it is strategy time for Conservative Republicans. To discuss the party’s agenda, they met in a hush-hush meeting behind closed minds.

TRUMP thinks PUTIN is a strong leader and says he wants his buddy VLAD to hack into HILLARY’S e-mails. If TRUMP is elected you can forget about clam chowder and apple pie. We’ll all be eating borscht.

Both conventions are over and now the real fighting begins. If it gets any dirtier we’re going to have to put sanitary strips over the voting booths.