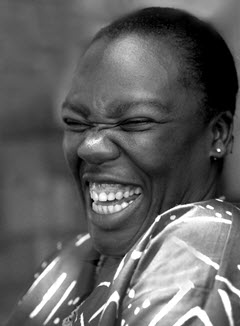 Call me old-fashioned, but what I love best about the 4th of July is all the flags. They’re all made in China, but still it’s the sentiment.

Fourth of July, of course, is when we celebrate our independence from the British. Or as it is now called, the original “BREXIT.”

After this week, it’s starting to look like England just can’t keep a relationship going.

If DONALD TRUMP has his way (God forbid), next year we’ll be celebrating our independence from the Chinese.

Critics are calling those in Britain who voted to pull out of the European Union “racist” and “anti-immigrant.” After hearing this, DONALD TRUMP said, “Wow, I’m running for leader of the wrong country.”

According to the latest poll, TRUMP and CLINTON almost are tied. This is the first tie for DONALD that wasn’t manufactured in China.

This week PRESIDENT OBAMA met with the leaders of Mexico and Canada. OBAMA said he’s trying to figure out where to live if TRUMP wins.

Volkswagen’s settlement for its emissions cheating scandal is going to cost it nearly 15 billion dollars. A spokesperson for Volkswagen said, “We’ve never been so embarrassed — and we were founded by HITLER.”

For the first time ever the Miss America Pageant is going to have a bisexual contestant, Miss North AND South Dakota.

It’s hard to believe that there are only seven months left in the OBAMA Presidency. A lot of people are wondering what BARACK OBAMA will do after he’s president. I read today that he is thinking about becoming a venture capitalist. Here are some businesses that might interest him.

–He could put some money into a new sport franchise. “Nude Fencing.”

–Or a company in Australia that manufactures “Boomerang Doggie Bones.” For dogs too lazy to fetch.

Here’s the most promising:

–A new Camembert and Brie factory in Israel. To be called “Cheeses of Nazareth.”

Whatever he does we wish him “good luck” — He earned it.