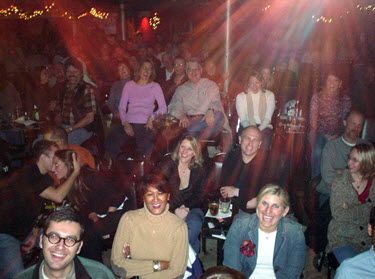 HILLARY CLINTON was seen signing copies of her new book, “What Happened,” at a Costco in Connecticut. It was exciting getting HILLARY’S autograph until I found out, in Costco you have to buy six copies.

One person was disappointed. She thought she was on the line for cheese samples. “Sorry. Will you sign my cheese?”

This is why HILLARY lost. A real President doesn’t write books. They write tweets.

White House spokesperson, SARAH HUCKABEE SANDERS, reacted to the book calling it “sad.” And I agree. It is sad that HILLARY CLINTON’S book wasn’t written by PRESIDENT HILLARY CLINTON.

VLADIMIR PUTIN wrote a blurb on the back cover, “Book was like fairy tale, Cinderella. Princess failed and pumpkin becomes President.”

The PRESIDENT said, he wants the wealthy to pay more taxes and undocumented DACA minors to be allowed to stay in the country. Then, in the morning, TRUMP accused himself of being born in Kenya.

APPLE introduced their new ultra-high-end iPhone X, which will cost $1,000. Another reason why rich people need a tax break.

The new phone comes with a face-recognizing camera called “Face ID,” which is a great feature unless you live in Beverly Hills and you have to buy a new phone every time you buy a new face.

With the release of this new high-end iPhone X, Apple may soon become the first U.S. company to be worth 1 trillion dollars. That’s just from selling five of the new iPhone Xs.

The new iPhone is pretty incredible. Experts say it’s going to revolutionize the way we ignore the person standing right next to us.

Democratic leaders CHUCK SCHUMER and NANCY PELOSI had dinner at the White House with TRUMP to talk about immigration and they served Chinese food and chocolate pie. TRUMP wasn’t trying to negotiate with them, he was trying to kill them.

The PRESIDENT is actually getting a lot of praise for his response to Hurricanes HARVEY and IRMA. You know it’s not a good sign for your Presidency when the best thing that happens to you are two hurricanes.

In response to the sanctions, North Korea threatened to cause the United States. “the greatest pain and suffering it has gone through in its entire history.” I hate to break it to you, KIMIE, but we already did that to ourselves back in November.

Thursday we began the week long Jewish holiday of ROSH HASHANAH leading to YOM KIPPER. We also just had the opening of the National Football League’s season which means, a lot of NFL players will have to start the season without their lawyers.