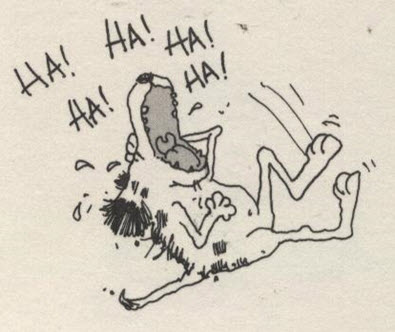 This is a belated entry because I just came back from an amazing vacation in Yosemite. The jokes may be slightly dated by now, but who cares? They’re funny.

So, yes, it’s time to steal a few more jokes from my father-in-law (F.I.L.). His blog posts range from political comedy to humorous commentary on pop culture.

There were a lot of protesters at a rally in Phoenix attended by PRESIDENT TRUMP and VICE PRESIDENT PENCE. Things got awkward when it turned out that the “Impeach Trump” chants were being led by PENCE.

TRUMP spoke at the rally in Arizona and really got his supporters fired up. He opened his speech by saying, “Our movement is a movement built on love.” Yep, that’s how you do it. He started with his best joke.

TRUMP is back focusing on that border wall in his speeches, because a wall is something very easy for people to understand. Whereas tax returns, healthcare, foreign policy or just combing your hair, he found out are super complicated.

The crowd kept chanting “CNN Sucks! CNN sucks!” You don’t want to hear what they said about the Science Channel.

PRESIDENT TRUMP is no longer speaking to Senate Majority Leader MITCH McCONNELL. Upon hearing this, MELANIA went to McCONNELL and said, “Teach me how to do that.”

In her new book, HILLARY CLINTON calls DONALD TRUMP a “creep” who “makes her skin crawl.” When he heard, TRUMP smiled and said, “I still got it.”

As HURRICANE HARVEY moved toward land, thousands of Houston and Galveston’s elderly residents were told to evacuate immediately. And they shouted back, “Hey, if we could evacuate we wouldn’t need Metamucil.”

WARREN BUFFETT will celebrate his 87th birthday on August 30th. He is widely considered the most successful investor of the 20th century. He has been a whiz at stocks and bonds for a long time. He bought IBM right after its first BM.

This is also Los Angeles’ 236th birthday. Founded in 1781 it was originally called “El Pueblo de Nuestro Senora La Reina de Los Angeles de Prociuncula.” Which freely translated means, “Give us your tired, your hungry, your weird — yearning to be movie stars.”

JERRY LEWIS, the rubber-faced, squeaky-voiced comedy legend who starred in movies, television and musicals is dead at 91. After appearing in the Broadway musical, “Damn Yankees,” he said in typical LEWIS fashion, “If I do good in this show, next year I’m going to star in a revival of, “My Fair Laaaay-Dee!” R.I.P.